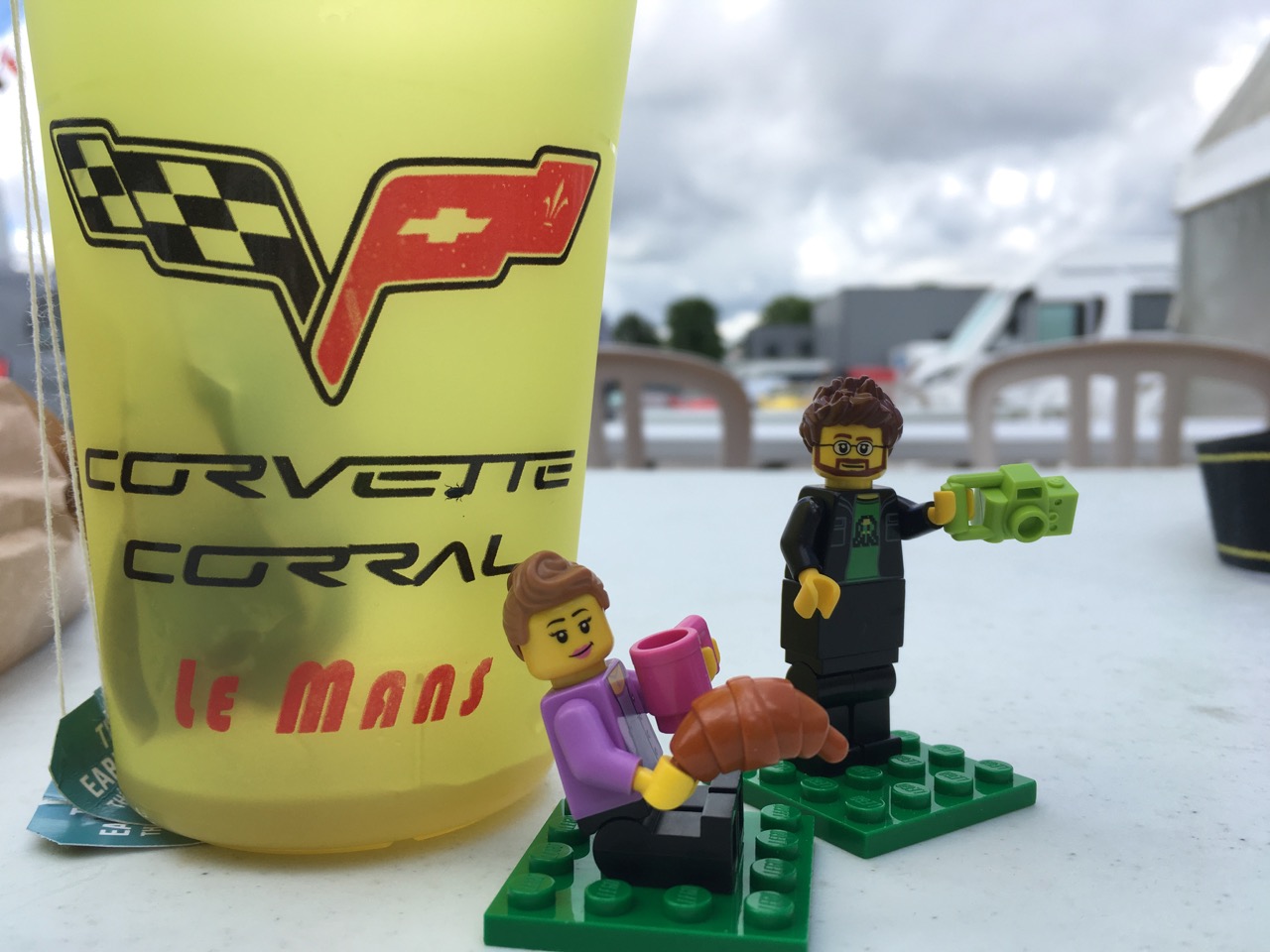 This post is out of order, but for a good reason — I can’t wait to share the experience from being at the Corvette Corral at Le Mans.

When you go to Le Mans, this race is not only the pinnacle of endurance racing, but it’s also the pinnacle of sponsor events, activities and hospitality.  For example, Porsche has its own building — permanent — building facing pit-in and the start/finish straight.  BMW hosts a taxi service for their clients.  BMW provided chauffeured M5s that would drive guests from their hospitality area at the track to a parking area (across the street from where we parked, a mere 6 minute walk to the entrance).  Can’t let their guests get tired with a little walking.  Toyota had a modest affair.  Away from the track, but close by, they had a building with lots of parking, and offered shuttled service using vans that could fit 8-10 guests at a time.  And next door, that is usually vacant level lot, turned into the home for the Corvette Corral at Le Mans.

Chevrolet and GM is a little different.  There is no overt presence.  There are no Corvettes shuttling fans around, and no fancy buildings beside the race track.  Instead, it’s a group of European Corvette fans who organize, strike up tents and put together the Corvette Corral.  GM executives as well as the drivers for Corvette #64 dropped by Friday afternoon to talk with attendees.  Without the attendees who were part of the NCM tour, those at the tent on Friday had a relaxed opportunity to chat with the drivers during autographs.  Ever personable they happily signed everything presented.  Before long though, they departed to prepare for the parade.

Gerard (far left, introducing the drivers) and his wife are the main organizers for the corral.  There is a couple from Denmark who arrive early to ensure everything is ready for the race, and the site is well provisioned.  Washrooms?  Check. Showers? Check.  Dedicated bar for refreshments? Check.  Tent to fit everybody for meals? Check.  TV to watch the live feed? Check.  Electrical outlets and wifi? Check, and check!  Meals?  Oh yes!

Food is important.  To make it through the race, you need your own fuel to make it through watching the endurance race.  So let’s start with Friday dinner.  It’s served after the open pit lane walk, and evening driver’s parade in the city centre conclude.  It was a refreshing cold buffet on offer:

Three salads, cold cuts, along with butter, bread, and soup were available.  Here we met “The Flying Norwegian”, and “Berserker” while we had dinner.  Flying Norwegian took a little time in getting to the Corral this year as he stopped at Nürburgring and Spa for track days.  At the ring he was proud to climb over over 290km/h on long straight in his C7 Z06.  Two Austrians and a Finn also joined our table.  Driving stories are universal no matter your native language.  We all agreed that driving the Autobahns in Germany are not as good as it once was.  It was not just because of fewer unrestricted speed sections, but the drivers.  When I made the comment of witnessing passing on the right on separate two occasions, it confirmed their impression that the Autobahn is filling up with poor drivers.

Before the 3pm start, a great hot meal was put together.  A selection of cold salads were on offer, along with cold cuts, fresh baguette, with steak and fries as the main course: 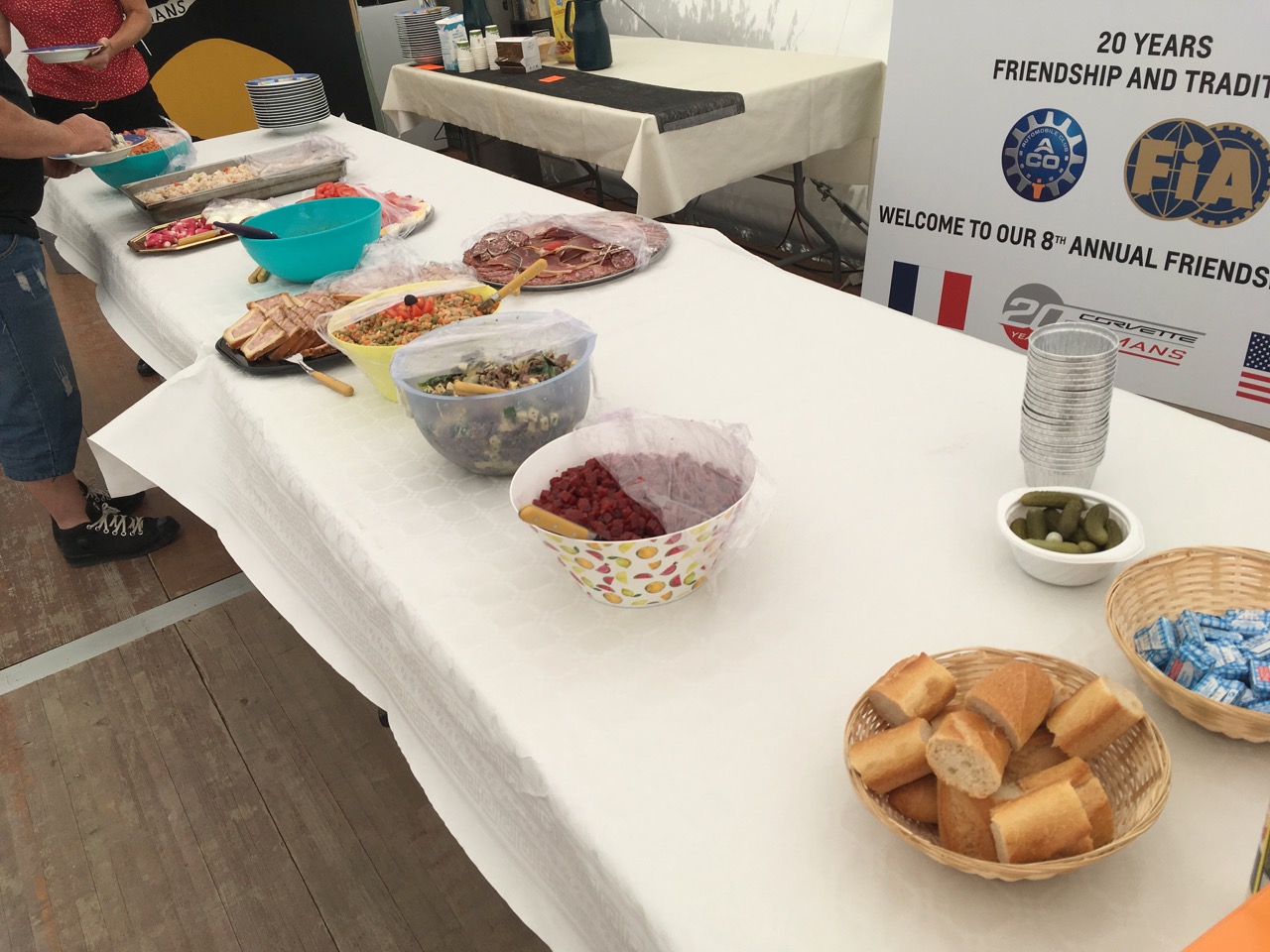 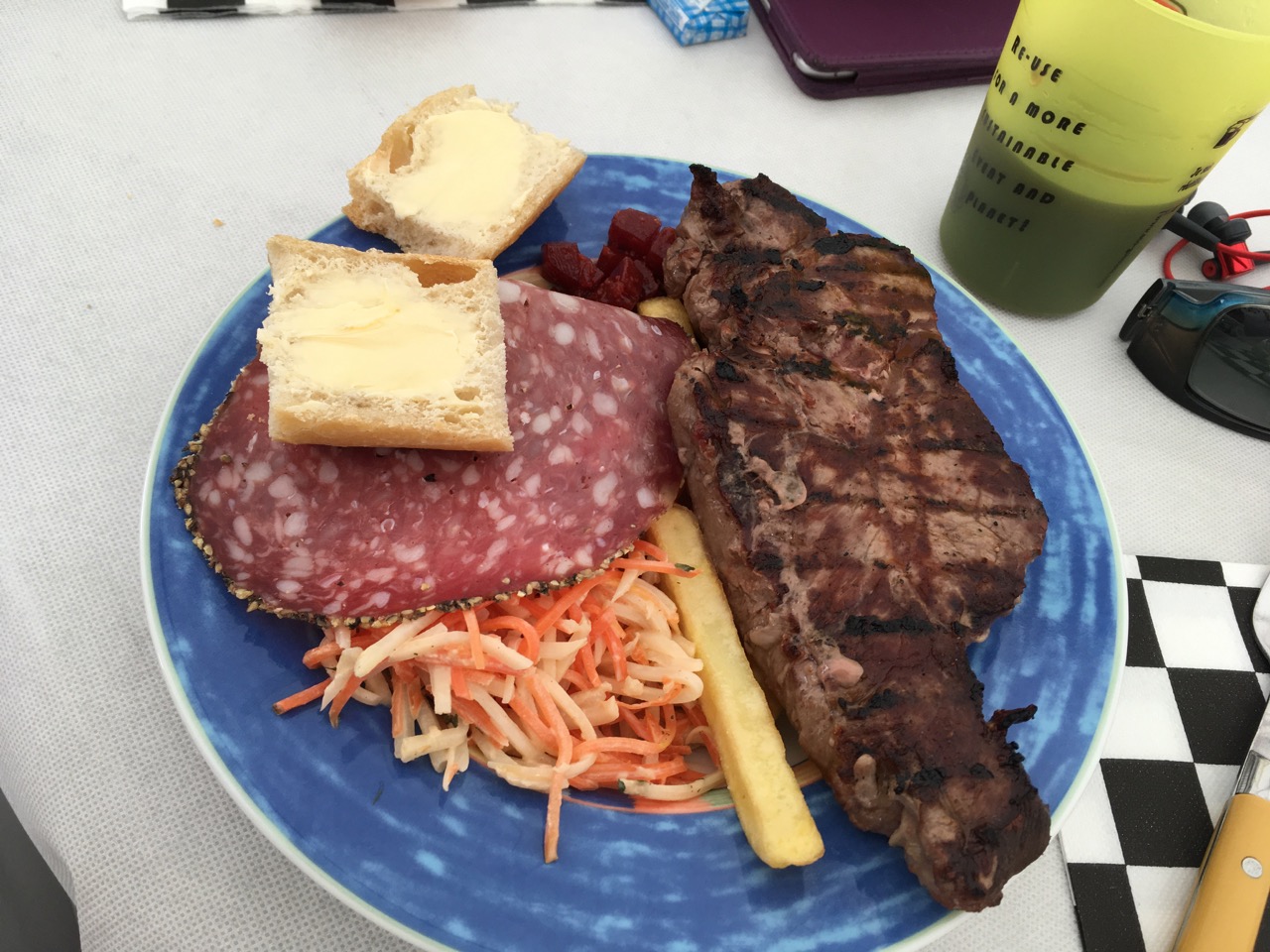 Filled with lunch we left the corral, headed to our seats to watch all the pre-race activities, the formation lap and the start of the race.  Our return to the corral coincided with dinner. 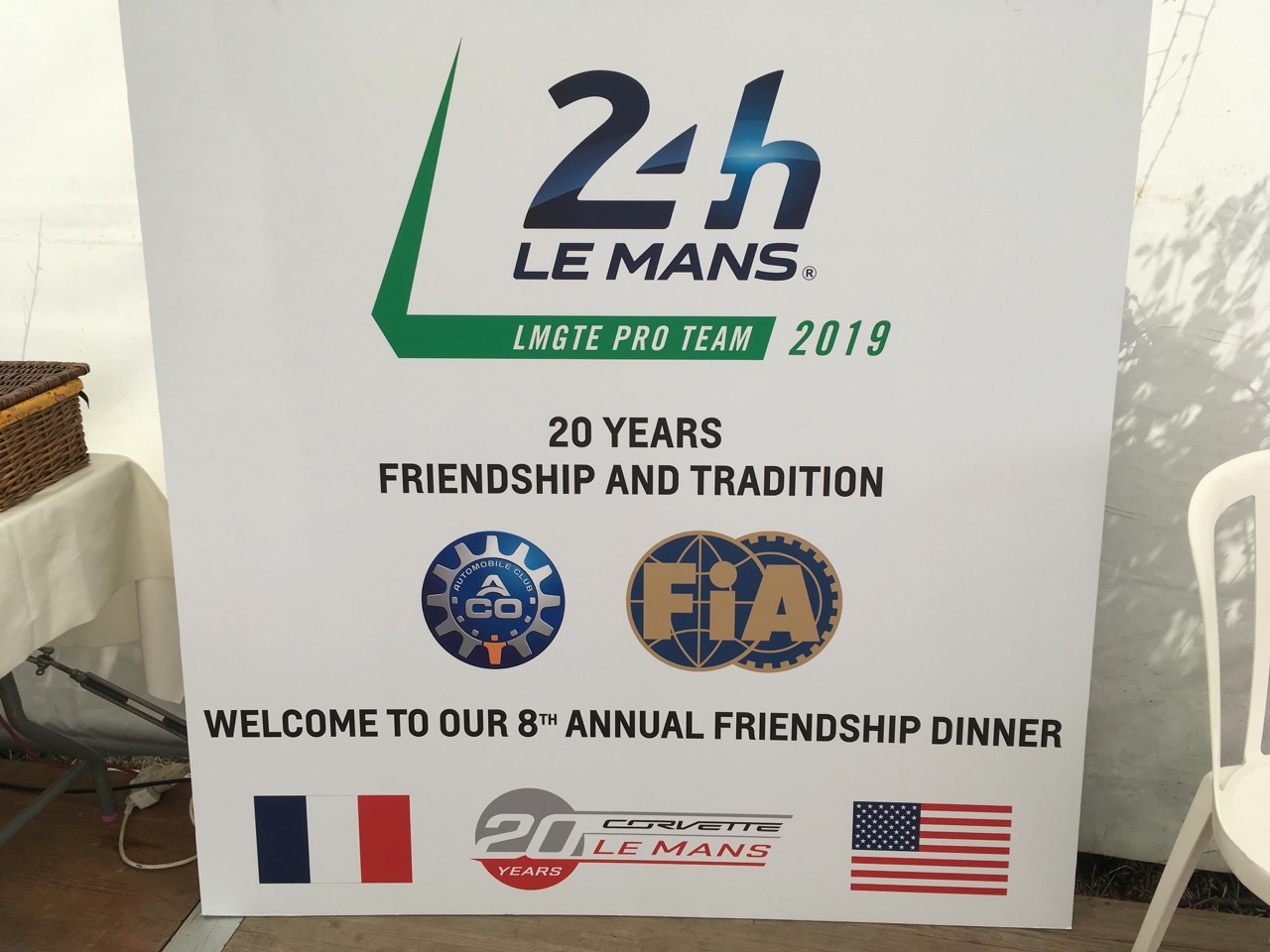 Billed as a four course meal, you had arrive hungry to make it through the meal.  The menu was:

As I was driving, and Little Miss doesn’t care for red, our fellow table mates were happy to work through the bottle of wine during the meal.  It was also during the meal we watched the Corvette #64 get punted into the wall, ending their 2019 Le Mans race.  With #63 up in second or third, we returned to the task at hand — dinner. 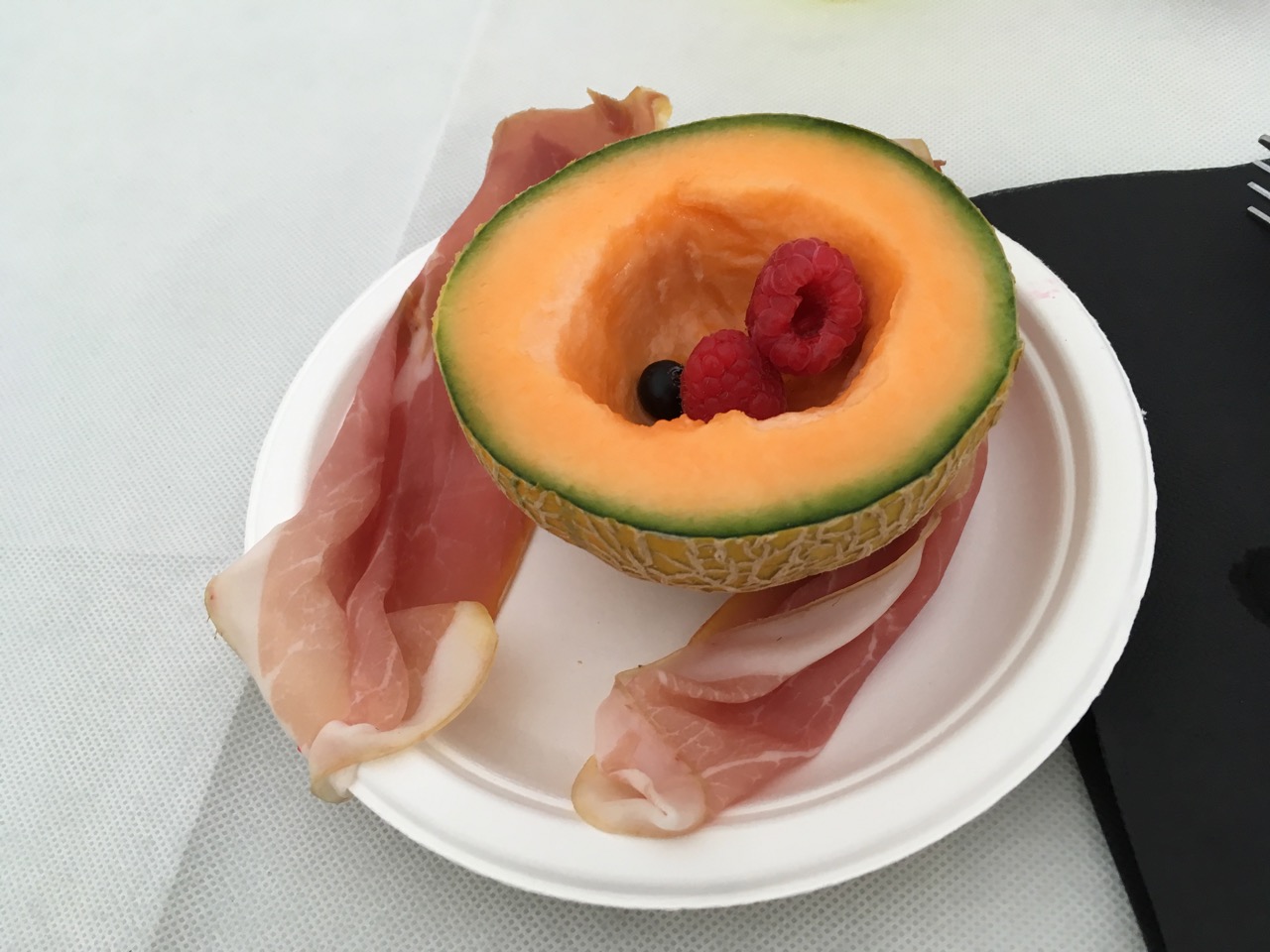 Raspberries and ham went well with the melon. 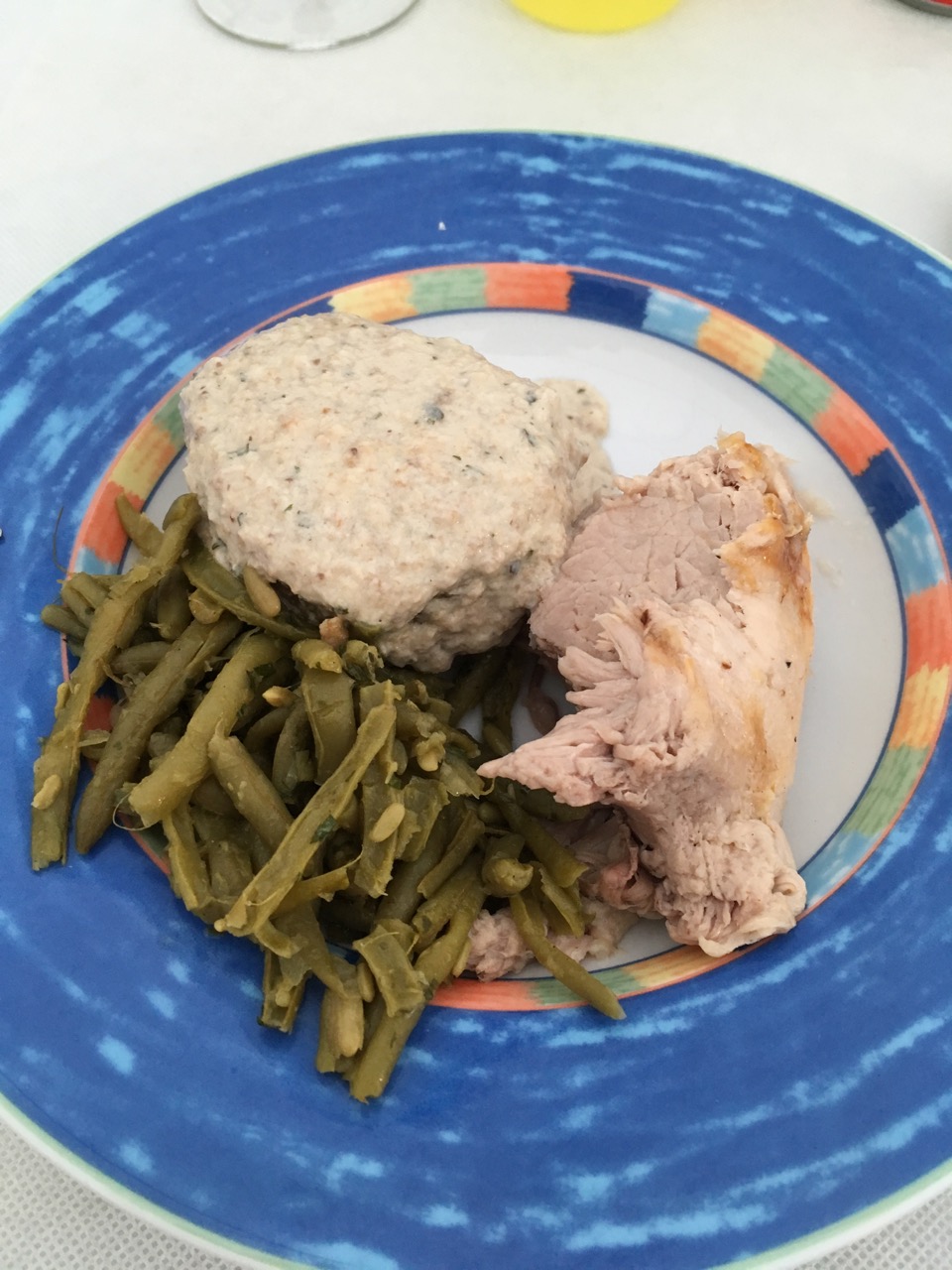 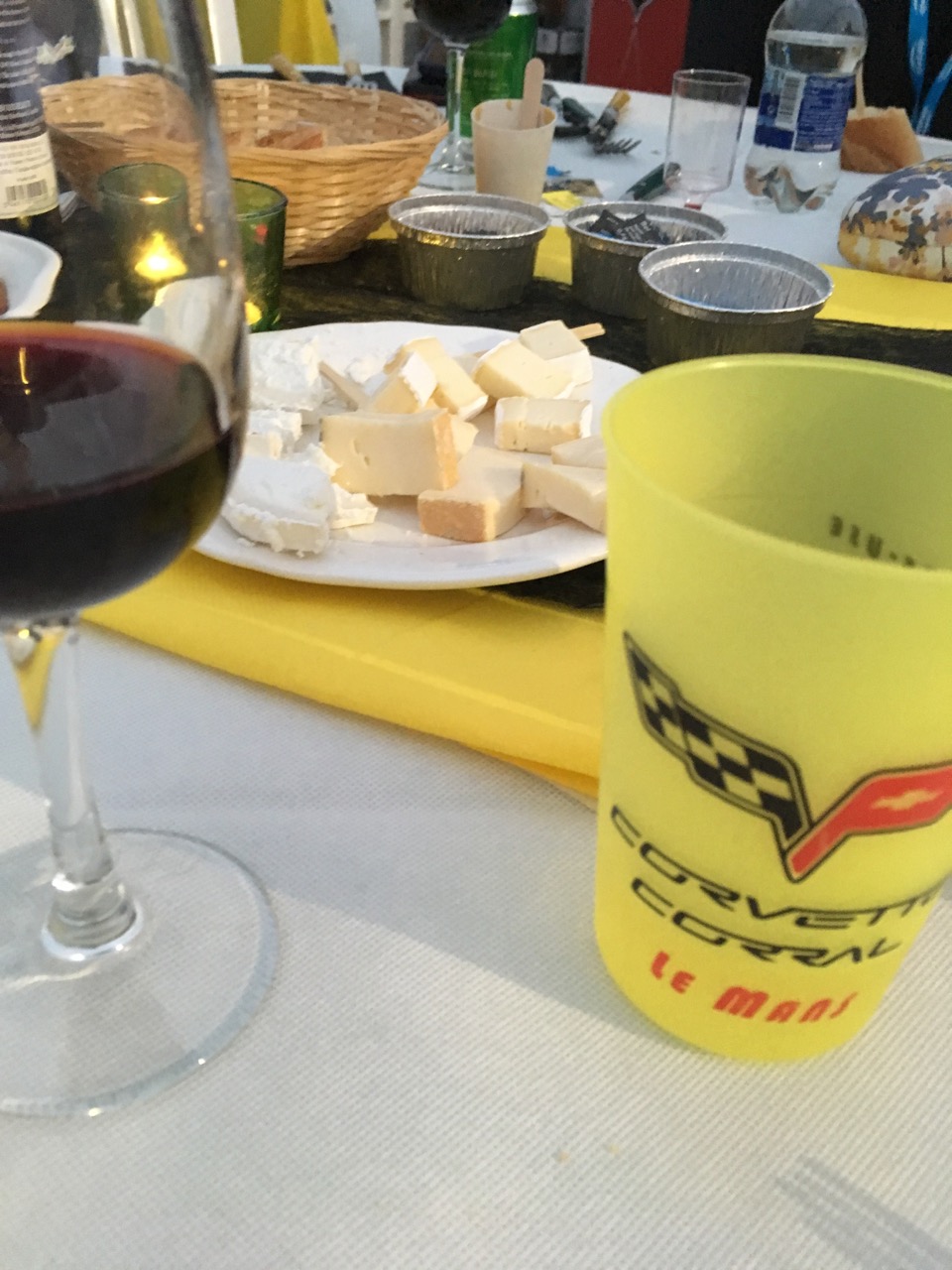 And then some cheese. (A glass of red was in order) 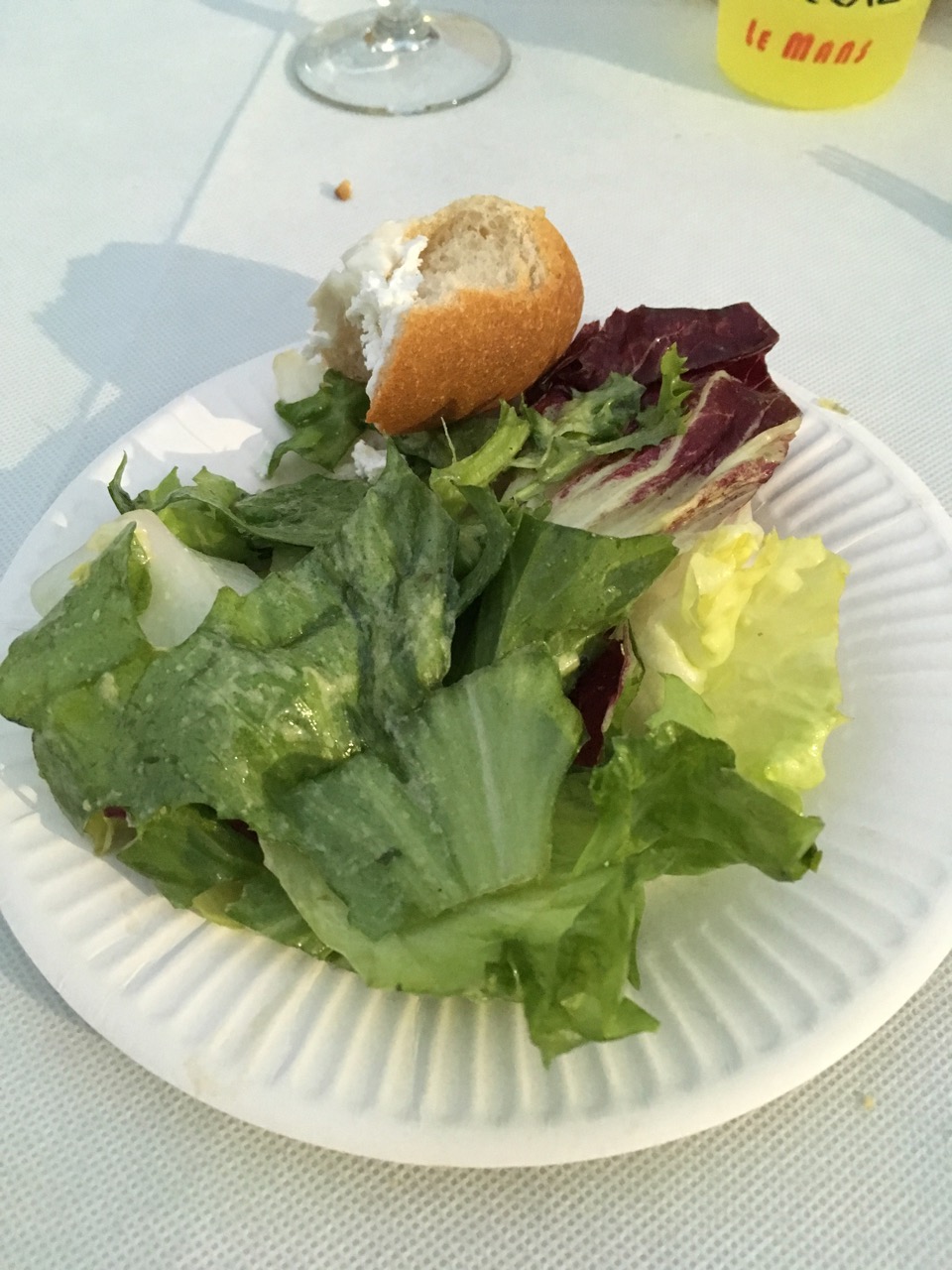 Followed by something lighter, salad. 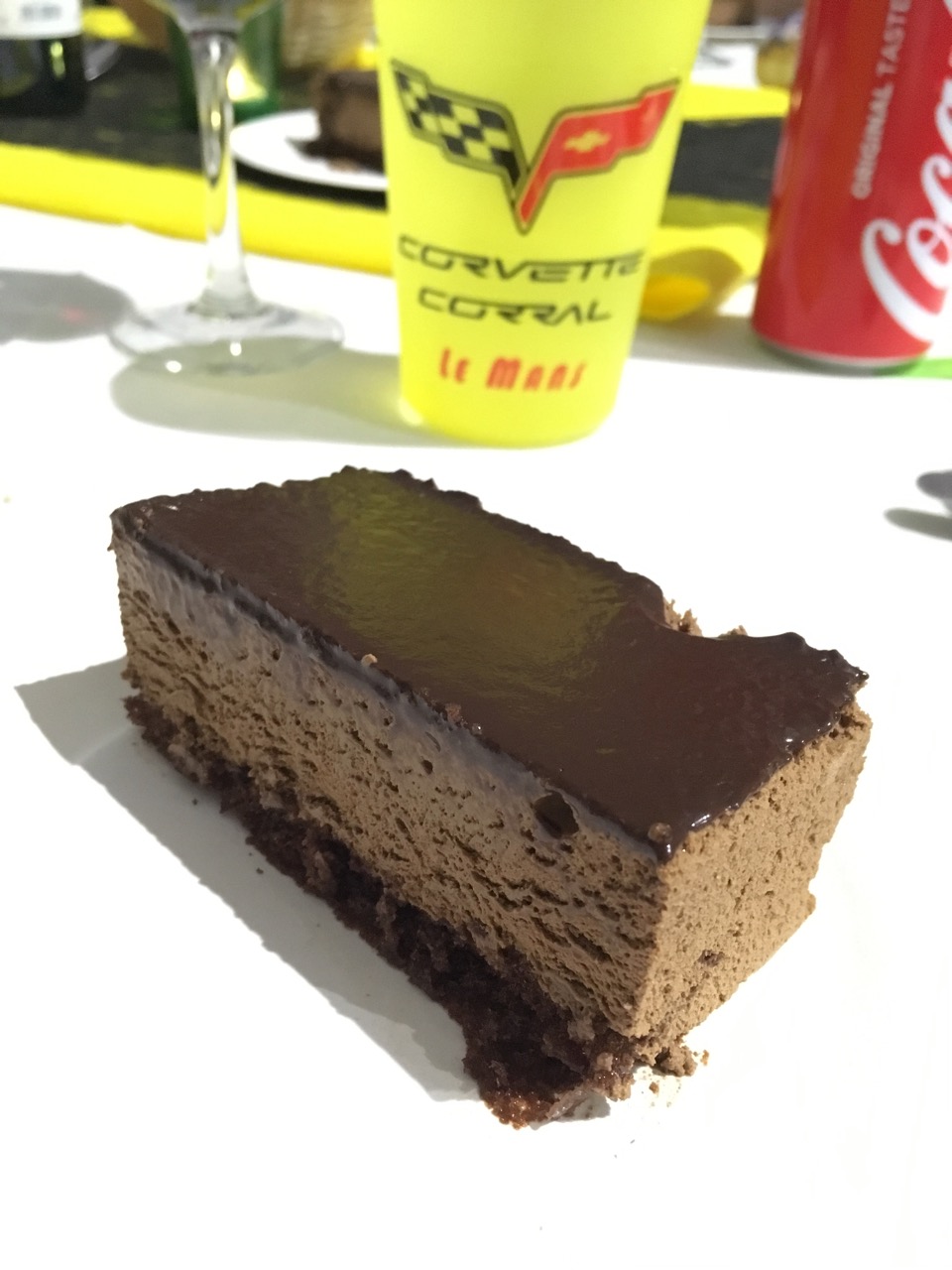 Now this was all with table service to over 100 guests.  The work was done by this hardworking crew:

Dinner concluded around 11pm, around the time as twilight ended and the night was upon the race.  As we returned to our rental car we were serenaded by the vehicles on the track.  There is no mistaking the Corvette engine noise as it blasts down the Mulsanne straight into the night.

Anything else at the Corral?

Well there are cars, I’ll save that for a separate post.