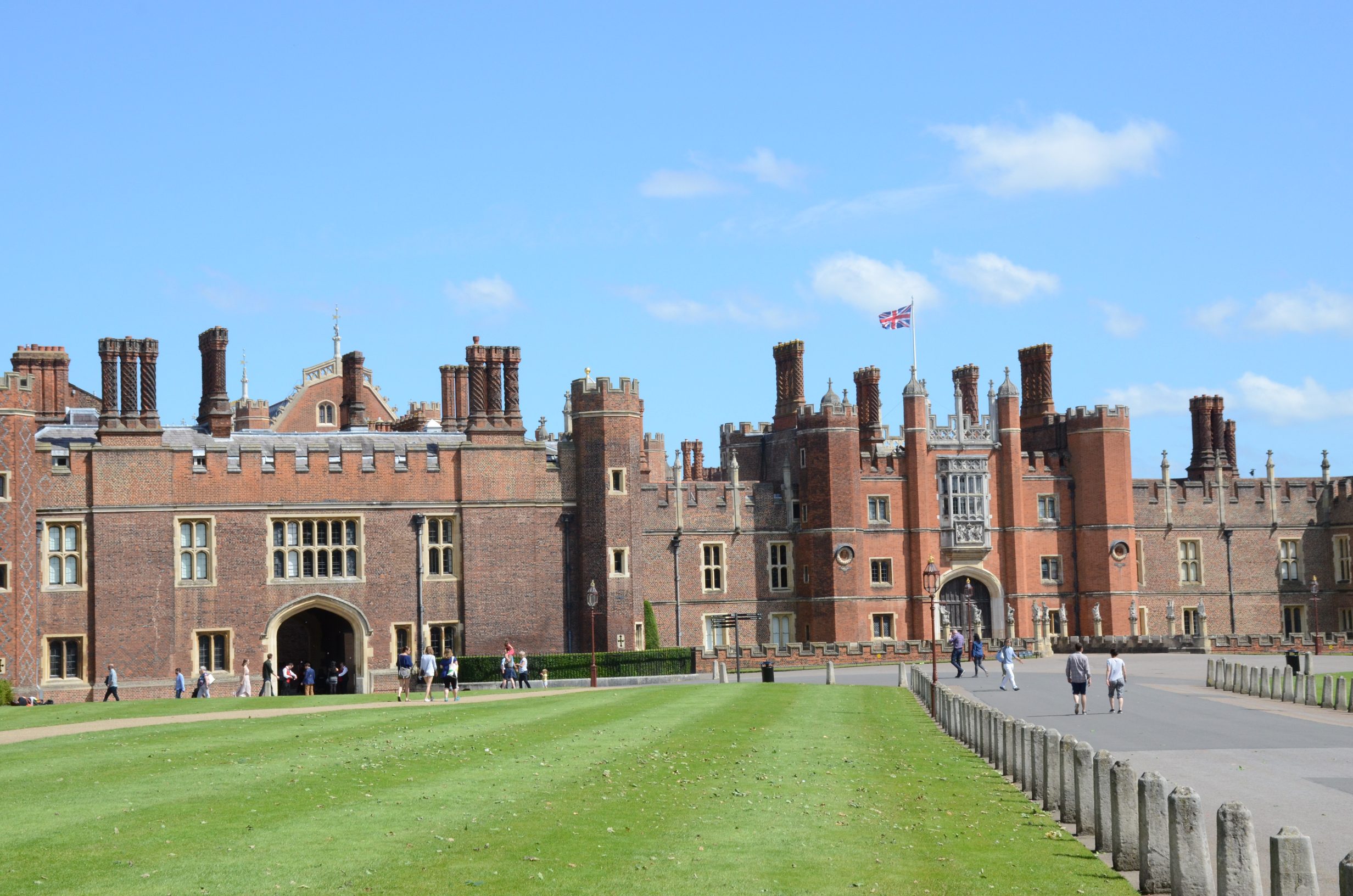 Our third full day in England was another bright, sunny and warm day. Prior to the trip Amber had arranged with her relatives to meet us for the day. They decided that we would all meet at Hampton Court Palace. Fortunately for us, there was a bus route that would take us from our hotel to the Palace.

After breakfast we took the bus over to the Palace. As newbie double decker riders we quickly learned an important lesson. The upper level is great to experience the full body roll of the bus. For me, it was okay, however about 15 minutes into the trip she was nowhere near as content. We moved downstairs and stayed on the main level for the rest of the trip.

Upon arrival to the Palace we met up with her relatives and proceeded to explore the building, and grounds. I encourage you to check out Wikipedia’s entry on the Palace, to better understand the Palace’s history and significance.

As this was one of King Henry VIII’s residences, we started with his great hall: 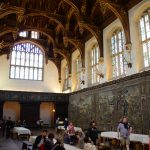 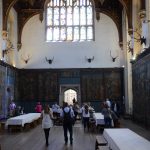 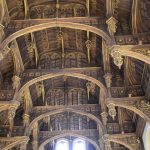 Only as I drafted this entry, did I find out that the Great Hall’s renovation was completed during Queen Victoria’s reign.  This now helps to explain why these areas were bright, fresh and well cleaned. After visiting other castles, there seems to be a film that develops after several hundreds of years that further adds to the authenticity of a building’s age.  From the Great Hall we then walked through the chapel, where the white walls and gold pattern on the ceiling made the space very bright. The stained glass windows were an excellent example of craftsmanship: 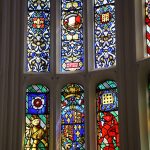 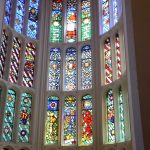 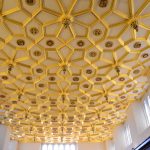 Additional areas we explored related to Henry VIII included the room where he married Kathryn Parr: 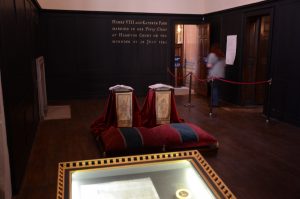 As it is typical in a historic building, unique features are part of almost every surface and building feature, such as chimneys.

We then took a break from the indoors and went outside. The grounds were flawlessly maintained, and we also stopped briefly by the Rose Garden that was in full bloom during our visit.  Given the clear, sunny, and warm weather being anywhere outside on the grounds was extremely popular on this Saturday. 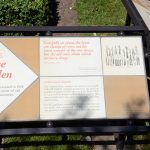 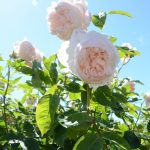 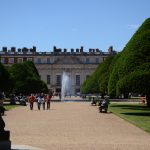 From reflecting pool back to palace 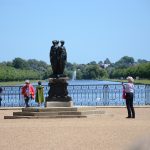 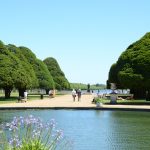 The section that was used by King George I & II appeared to have significantly more furniture, and artwork on display throughout the space.

The highlight of the tour for Amber was King Henry VIII’s kitchen.  Its enormous fireplace was extinguished when we visited, as it was awaiting a chimney sweep the following week. The kitchen is still used to this day to prepare authentic Tudor recipes. During our visit the two staff members assigned to the area were darning linens at the table, something that would have been in keeping with the time period. 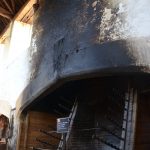 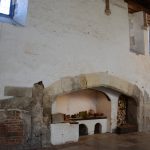 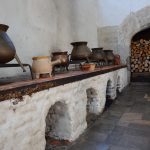 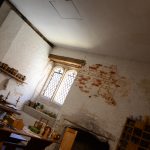 After exploring the kitchen, and a visit to the maze we left the Palace grounds. We then headed across the river Thames to East Molesey. Here we had our main meal at a local pub while continuing to catch up with her relatives.  Time passed quickly, and suddenly it was early evening and time for all of us to head our separate ways.  Although it was a short visit, it was great to spend the day with them.

As we walked to our bus stop, we came across a pleasant surprise, the residence that Christopher Wren occupied.  This prolific individual left his architectural legacy in the form of many buildings throughout London, most notably St. Paul’s Cathedral. 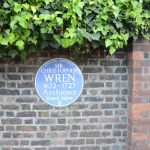 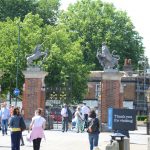 The bus took us back to the hotel for a quiet evening.

Permalinks to other parts of our trip: