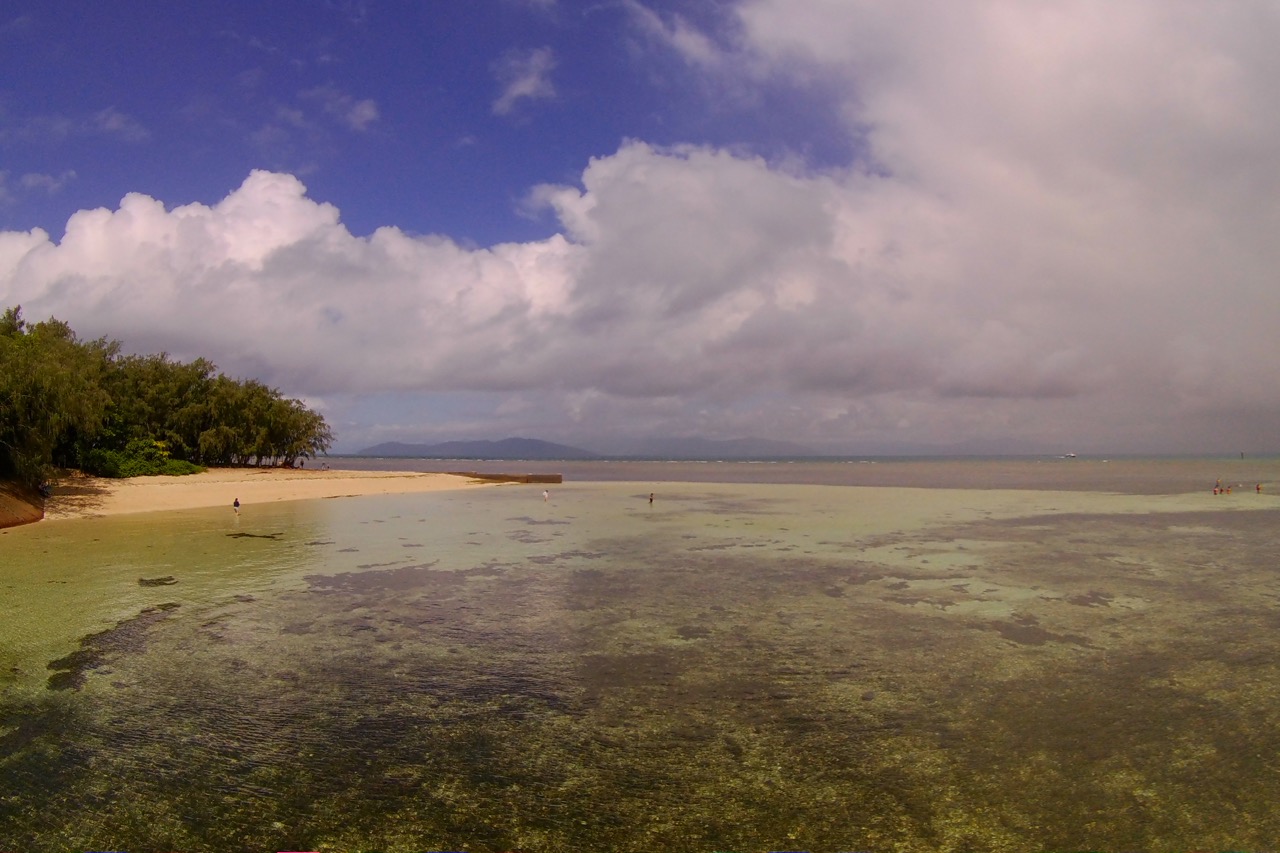 Our stop in Cairns was to visit the largest coral reef in the world.  Now the challenge was how to get two people who don’t like being on boats to visit a reef off the coast of Australia.

What did we do?

There are numerous tour operators providing different types of visits to the island.  I selected a tour that had the shortest trip to a reef.  In our case it was a trip to Green Island.  The island is so close to the mainland that once at the island you can see the mainland and hills surrounding Cairns.

Tours for the Great Barrier Reef can be done online, at the reef terminal, or in our case, through an agent at our hotel.  I delayed selecting a tour to provide us flexibility in when and where on the reef we’d be going.  Green island has multiple journeys per day and gives you the choice to go for part, or the whole day.

Getting to Green Island

All tour operators use the reef terminal to check-in travellers before heading to your assigned boat.  After a filling breakfast, the terminal was a short walk away from our hotel.  At the terminal, lines are dedicated based on tour provider.  With receipt in hand we were checked-in for our trip, handed the necessary tickets to allow us to board the ship, retrieve snorkelling equipment and return to the mainland.

The Reef terminal is right by the slips that are used by the tour companies.  With tickets in hand it was a short walk to our ship, a large catamaran.

This was not my first time seeing the Great Barrier Reef in person, however this was a different tour.  Once on board, we were able to seat wherever.  Originally Amber had selected the front, however changed spots once one of the many employees informed her that the front of the vessel would have the most motion.

The vessel departed on time, and it was no where near capacity.  Overall the ride was very calm, and we were moored at the jetty to Green Island in less than an hour. 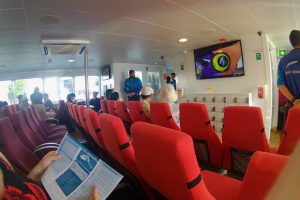 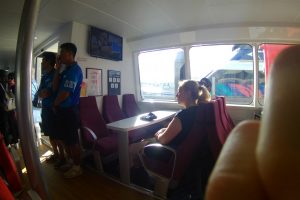 The island is large enough, and close enough to the mainland that a hotel is on site, along with several shops and cafes.  We easily found the shop to pick-up our snorkelling gear and made our way to the beach.

We learned that tropical climates not only bring warm weather, but sudden showers.  When we were first getting in the water, a cloud came over and it poured rain for a few minutes.  It was intense enough that we returned to shore solely to ensure our towels and bag would remain relatively dry.  For us, the rest of the time on the island was dry.  Once the sun was out, it warmed up and soon felt like a humid summer day in Toronto.  It made being in the water refreshing.

To minimize impact to the reef at the island, snorkelling is limited to a specific area that includes the beach patrolled by lifeguards.  Before we got in the water I asked about the presence of jellyfish, and they replied “Not too many.  It shouldn’t be bad.”  I unfortunately didn’t ask the more important question of what scale they were using.

We did go snorkelling, and I’ll get a video posted eventually, however we didn’t venture too far out into the reef.

I blame the ocean.  Or the fact that I was catching a cold and my inner ears took the sea water as a chance to easily disorient me.  I’d like to say that we spent an entire day snorkelling, got massive sunburns on our backs and saw every creature possible.

Instead we were out in the water for probably an hour or two in total, including the time to get and return the equipment, and the time it took me to fumble about in the water to get my fins on.  In my defence, it was distracting to put the fins on in the shallow water as I’d look down and see a school of translucent fish around my feet.

Did we see anything? 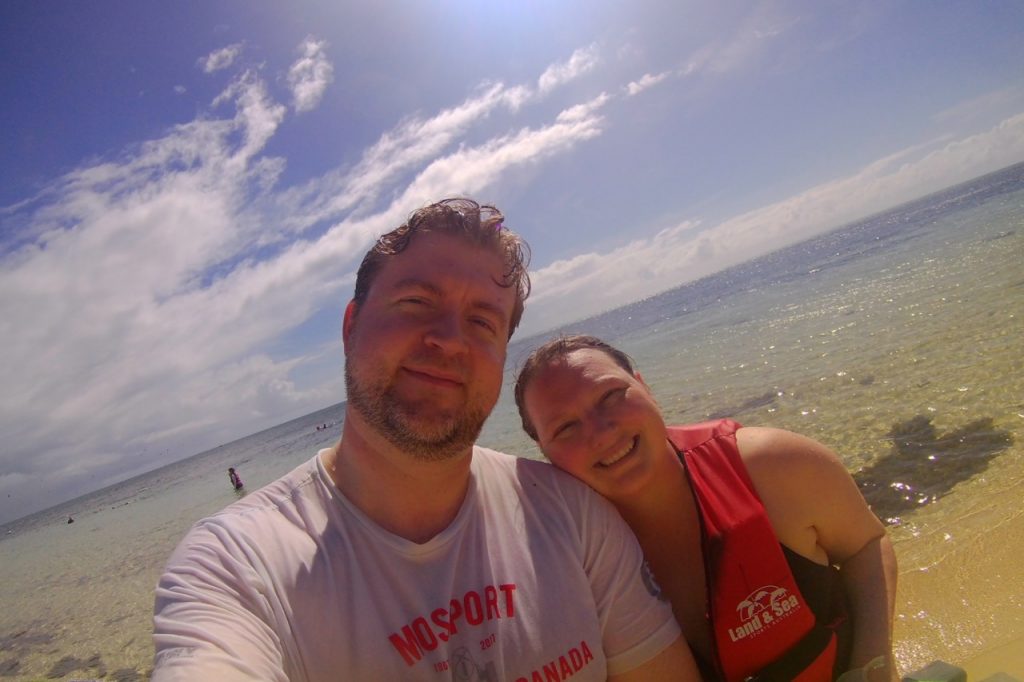 Leaving my glasses on the beach did hamper my ability to have a complete picture while snorkelling, instead it made seeing the fish and the corral more intense, and being near-sighted, I would only notice them as they got closer.  The waterproof case for our second camera came in handy as I videotaped as much of our swim as I could, trying to film as much as possible.

The reef at Green island starts very quickly.  The upside is that you don’t have to swim/snorkel far from the beach to begin seeing fish and the reef.  The downside is that the corral closest to the shore is some of the corral that has been damaged and bleached.  It is sad to see how the reef is being negatively impacted.

In order to scuba dive, one requires two things, of which we lacked both.  First, lessons and experience to be able to do it, and secondly time.  We didn’t take certification lessons before the trip, and secondly we didn’t have 24 hours from completing a dive to taking a commercial flight.  (For reference, we waded into the water to snorkel around 20 hours before our next flight took-off). 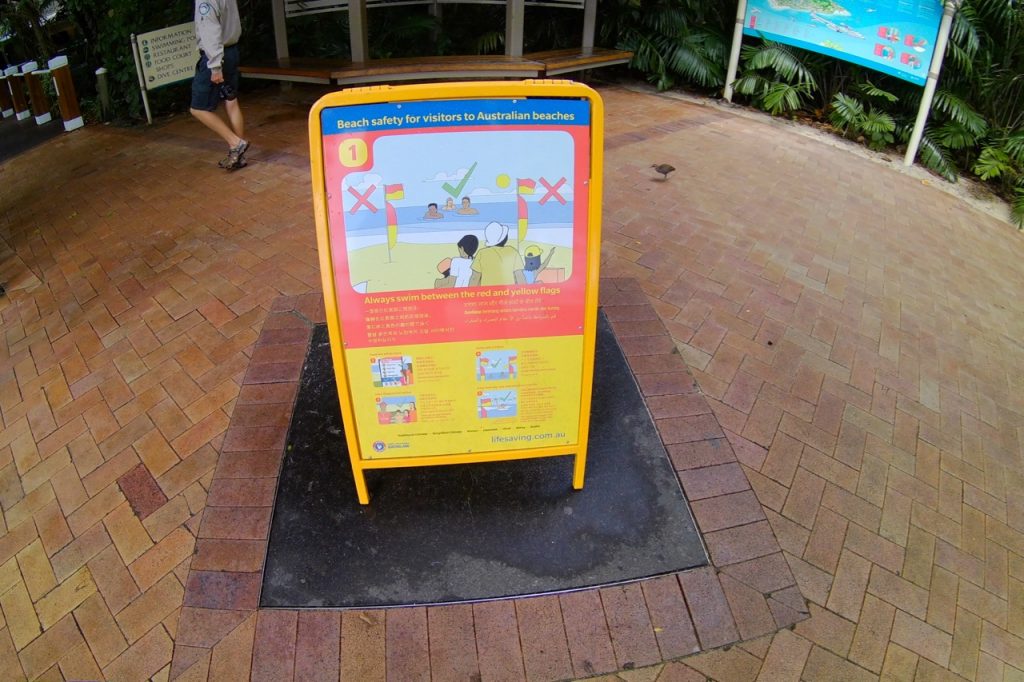 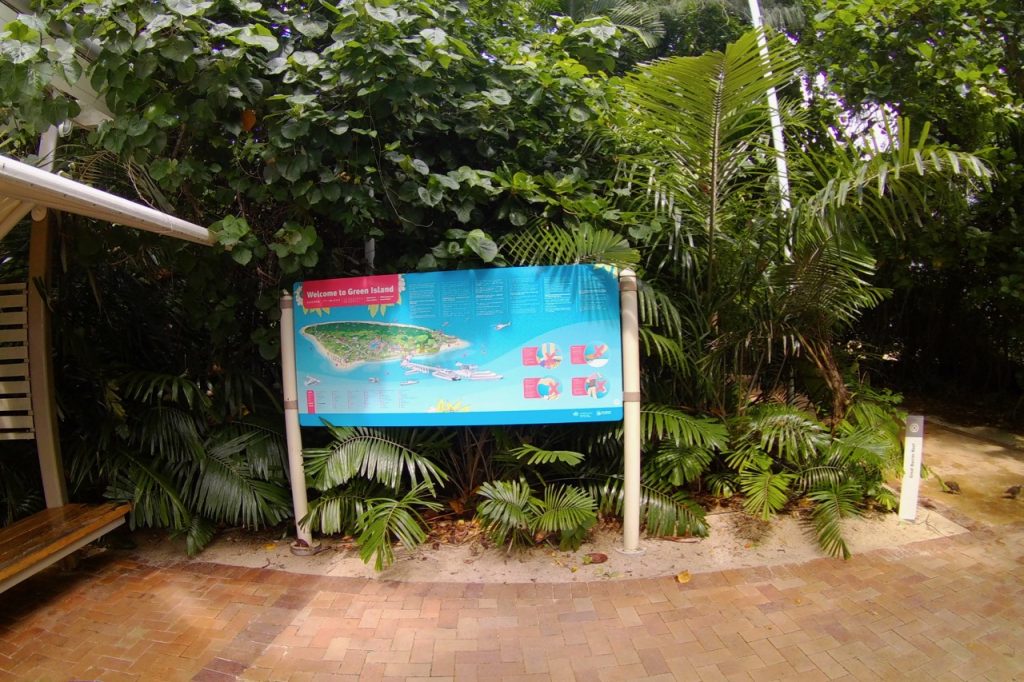 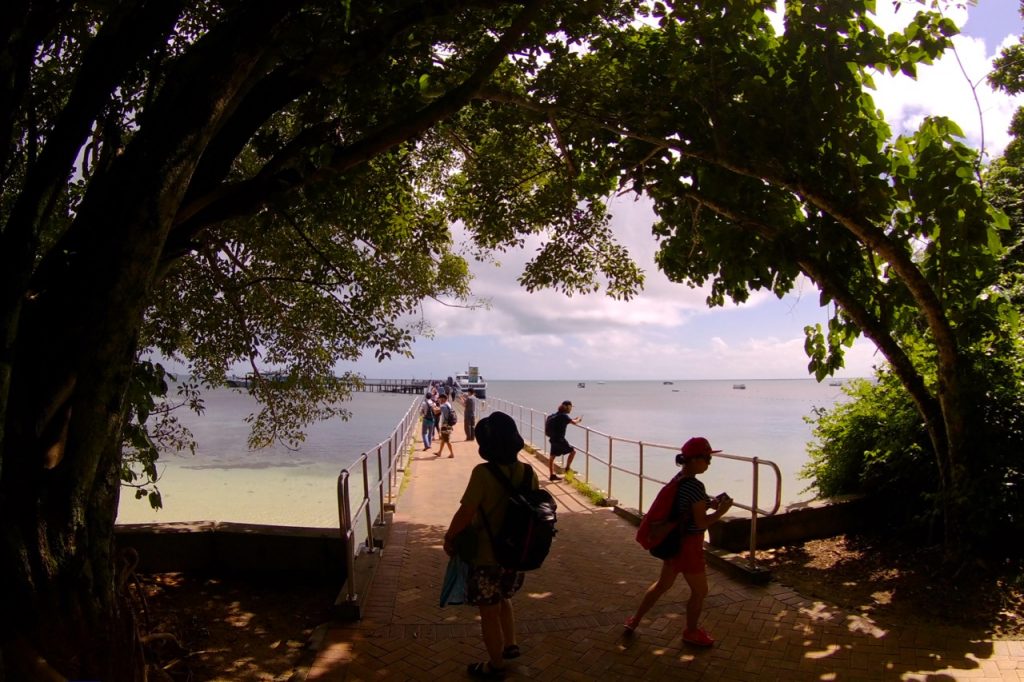 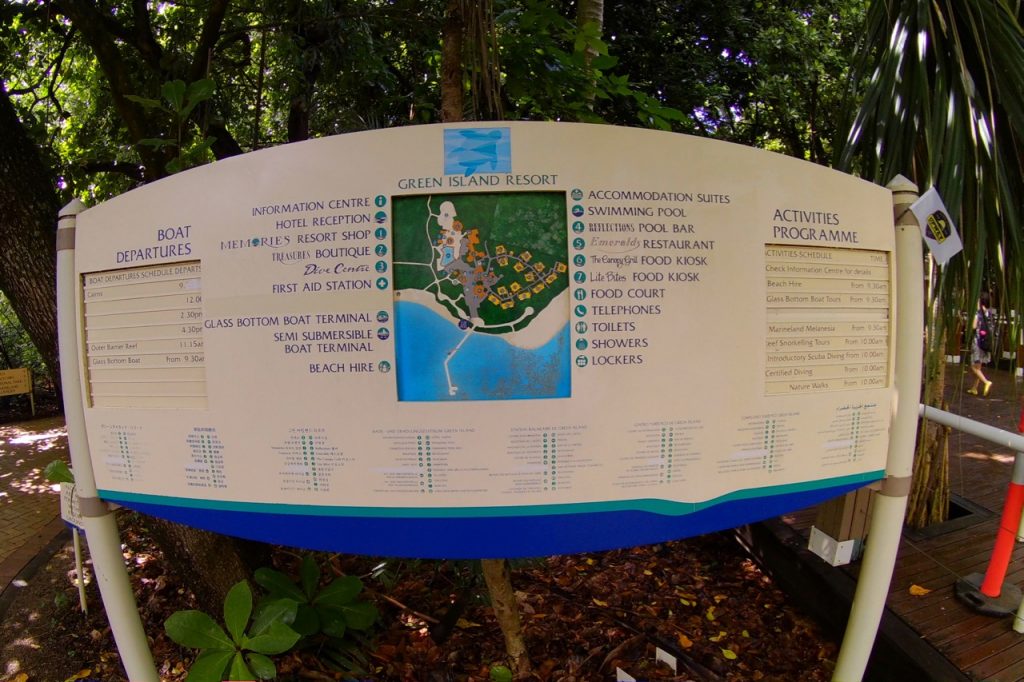 For experienced divers, and snorkelers, I would suggest investigating in other tours to visit the Great Barrier Reef.  That is based on the observation that the island felt like it was part of a tour package.  After we returned our gear and while relaxing at a cafe, we noticed that there were many people who were on the island and a) had zero intentions to go snorkelling/swimming, and b) didn’t seem that interested in the marine life that was just a few feet away in the water.

This island is recommended if you do not have the ability to commit to a full day to the reef.  In our case, we returned to the island in time for a late lunch.  It was a great chance to visit the reef, however plan a lot more time to give yourself a chance to experience the Reef.  We merely had a sample.

Overall, heading to areas such as Cairns, or Whitsundays, or other places where the Great Barrier Reef is a major feature — GO SEE IT!