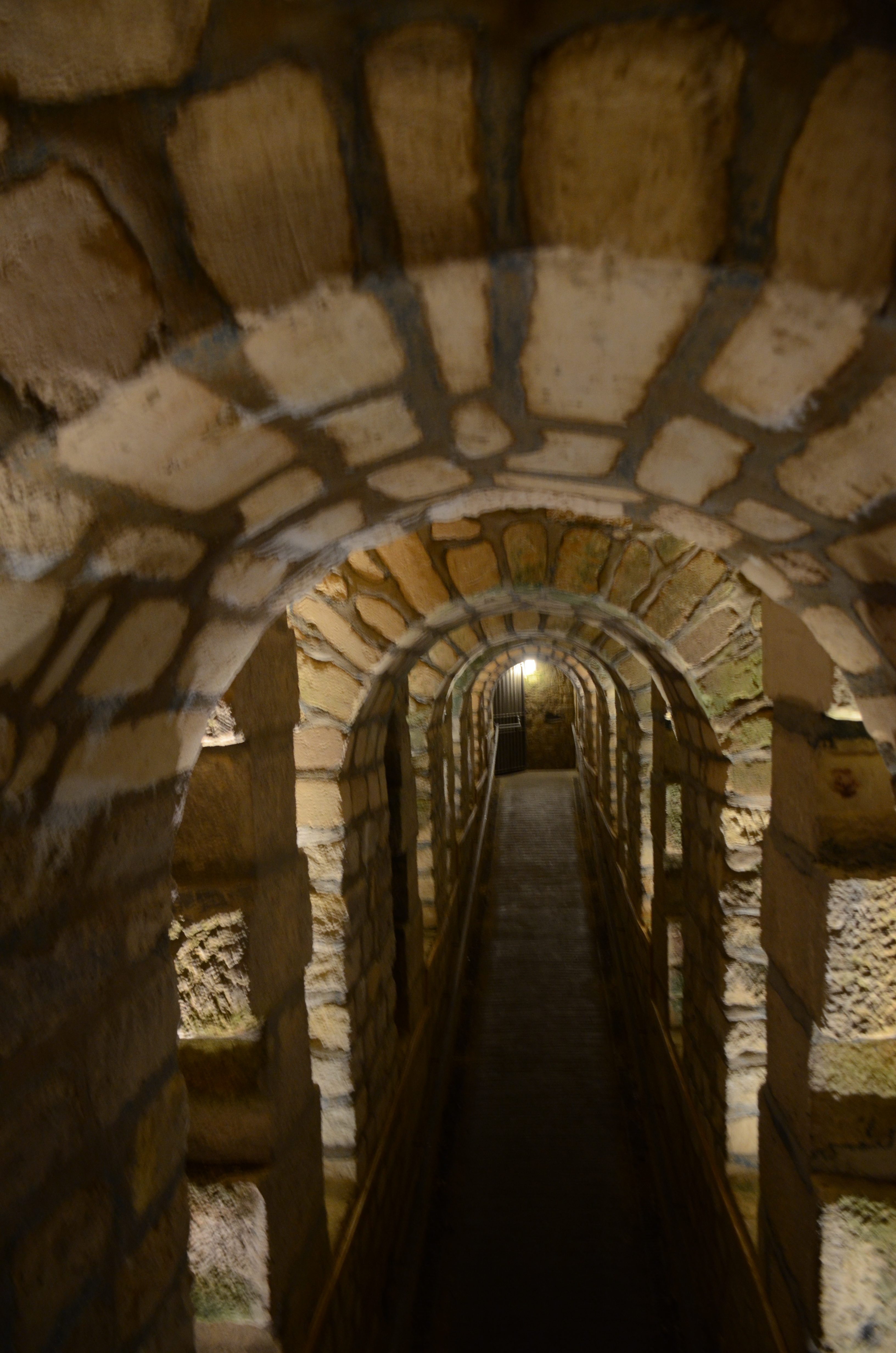 While planning this trip Amber wanted us to visit the Catacombs. As we had two of our three days in Paris arranged, it was easy to include this as the goal for the day.

We headed out and took the Paris Metro to the Catacombs. The picture of the wedding dress store made me wonder if the storeowner was truly aiming for a new high in sarcastically named stores. 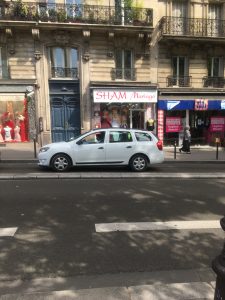 From our earlier posts you can tell we aren’t leaving the hotel at the crack of dawn to begin our day sightseeing. A more leisurely pace, one that is associated with being on vacation, is the method we employ. This day was no different.

The entrance to the Catacombs is right by the Metro/RER station Denfert-Rochereau. The entrance is a small building on a relatively small island surrounded by Paris traffic. We joined the line when it was approximately a ¾ circle around the island. 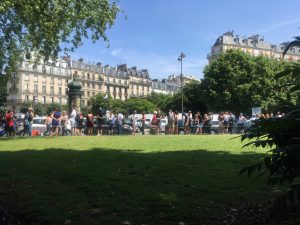 Although it’s not a lot of people, the quantity of people allowed in the Catacombs is strictly controlled (there are counters at the start that dictated when we ultimately entered). To save us from standing in the sun, we took shifts standing in line as there was a section of the island that had a few shaded benches. 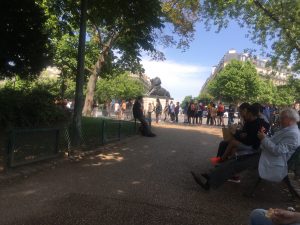 For those in the small bladder club, this site only has a washroom at the exit – if you have to go before entering the closest facilities is a McDonald’s a short walk away.

In total we were in line for just under 2 hours. When the line passes the walkway (pictured) into the park you have at least a 30-minute wait. Pre-purchasing tickets does not grant you the ability to skip the line. Supposedly only a few guided tours are allowed to skip the line if your time is precious.

All this waiting was well worth it – we were richly rewarded! It was another hot day in Paris, and we welcomed the cooler air as we walked down to the underground level. If you cannot descend and then climb stairs back up this is a site you’ll have to pass. Upon entering the main area there is no set path, and you can explore at your own pace. Given the strict crowd control the place felt almost empty compared to our previous day at the Palace of Versailles. 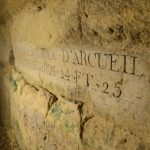 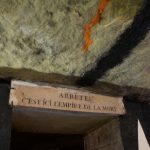 History of the catacombs

Again, Wikipedia will be more comprehensive. This site was the combination of two challenges facing 18th century Paris, overcrowded cemetery space in the city proper, and the discovery of many abandoned mines that had provided the limestone used to the build the city.

The result was to transfer the remains into some of these abandoned mines. As the transfer into this space was done in a paced manner, most areas in the Catacombs have markers indicating the date and original cemetery from which the bones were moved into the Catacombs. There has been some recent work to reinforce the ossuaries, as over time, the dirt floor has eroded. This work is painstakingly done as each bone is catalogued for its location prior to removal. The ground is reinforced with concrete, and then the original formation of the bones is put back, one bone at a time.

One piece of trivia we learned was that a secret, invite only, concert was once held in the Catacombs with a full orchestra playing for the invitees. Talk about a venue with ambiance! 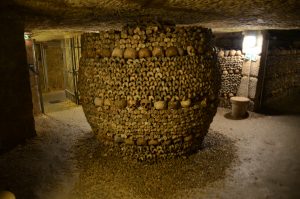 After our walk through the space we climbed the stairs to the bookshop, washrooms and exit. The exit is approximately 5-10 minutes away from the entrance, and we took the Metro over to the Avenue des Champs Élysées. 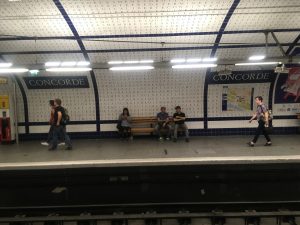 This grand avenue is bookended by the Arc de Triomphe, and down a gentle slope to the iconic Louvre museum. The street is the location for retail stores in Paris. We weren’t here to shop, instead we stopped at an Italian style restaurant for a late lunch. 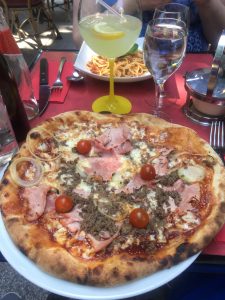 The pizza I had was delicious, and she enjoyed her pasta. We had found this restaurant on our honeymoon five years earlier.

Taking the Paris Metro, I’m astonished that in a crowded train car, buskers will hop on to play between stations. 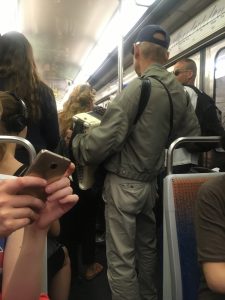 We then returned to our hotel to change for the concert, Kiefer Sutherland!

I didn’t know that Kiefer had expanded his skillset to include being a musician. However based on other actors who moved into music, I was not expecting a performance on par with prolific entertainers such as Prince. 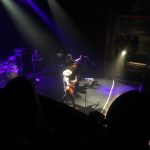 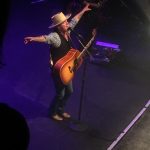 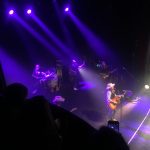 His concert was good, and I enjoyed his heartfelt stories and introductions to his songs. He even did a cover of a song that was originally created by fellow Canadian, Gordon Lightfoot. Given the small concert venue it was humbling to be so close to the stage for the performance. 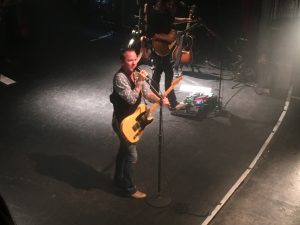 Permalinks to other parts of this trip:
Overview