Once in the terminal at Lisbon I made my way to the central area to visit TAP Portugal’s lounge before my flight back to Toronto.

Details on the layout and configuration of the lounge was shared in an earlier post.  I spent my time in the lounge by the windows watching the aircraft while I did a bit of work.

It wasn’t all work, I did grab a drink and a snack before leaving the lounge. 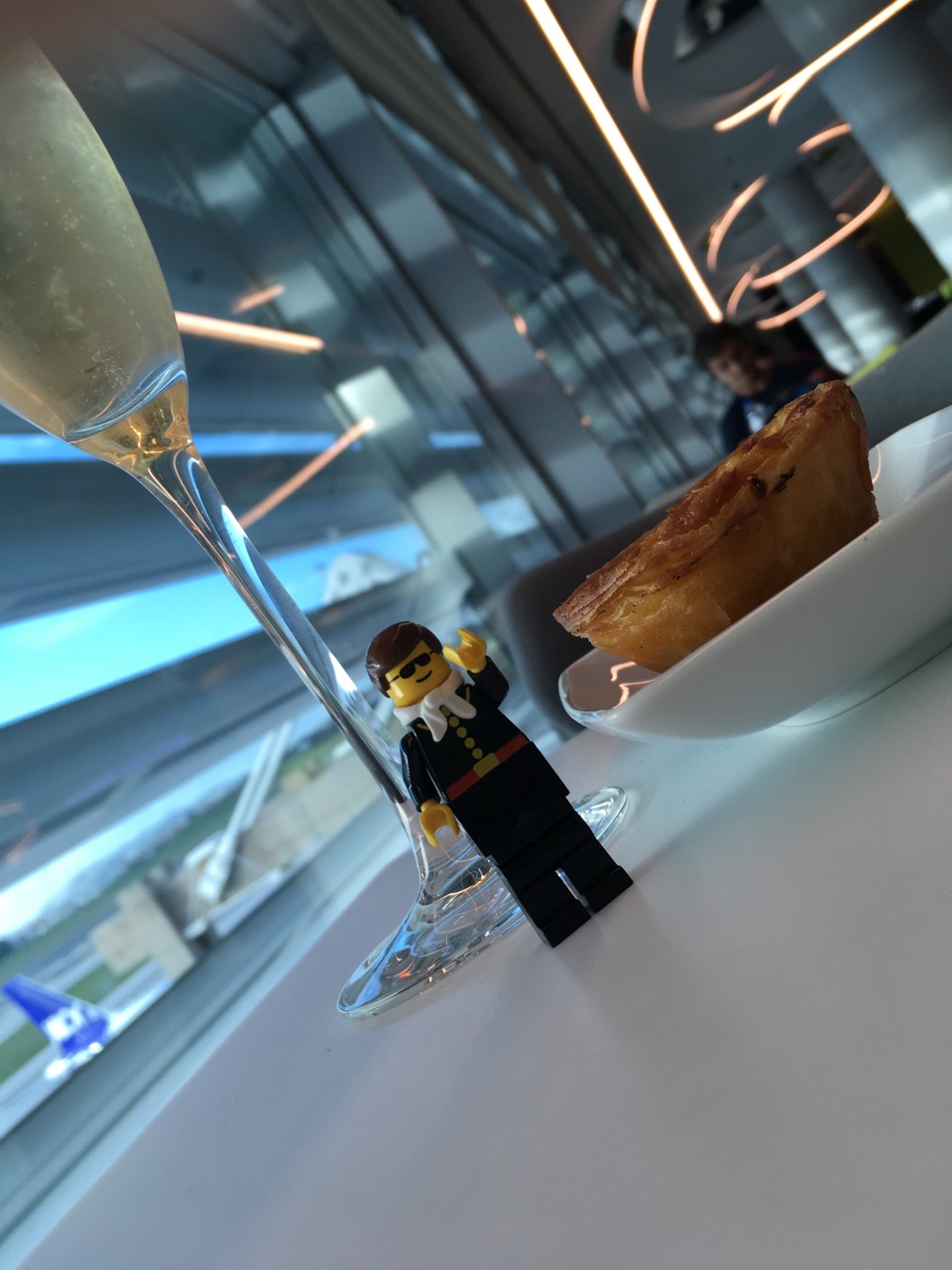 From the lounge, it was a stop at passport control before continuing into the non-Schengen gates where my flight departed.  The non-Schengen area has a few stores, including one that was dedicated to sardines! 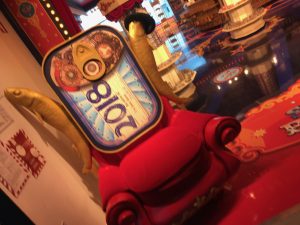 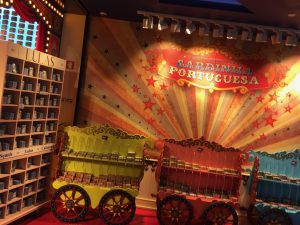 I arrived early and had time to walk around the area and snap a few pictures. 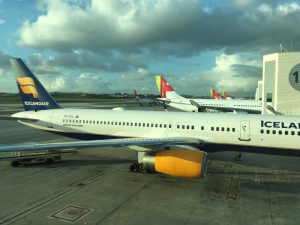 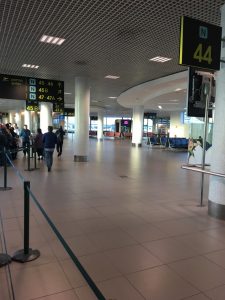 Soon enough there was a supplemental passport check before entering the gate area for my flight.  Boarding started 5 minutes after its scheduled time, however boarding progressed orderly and I was onboard quickly enough. 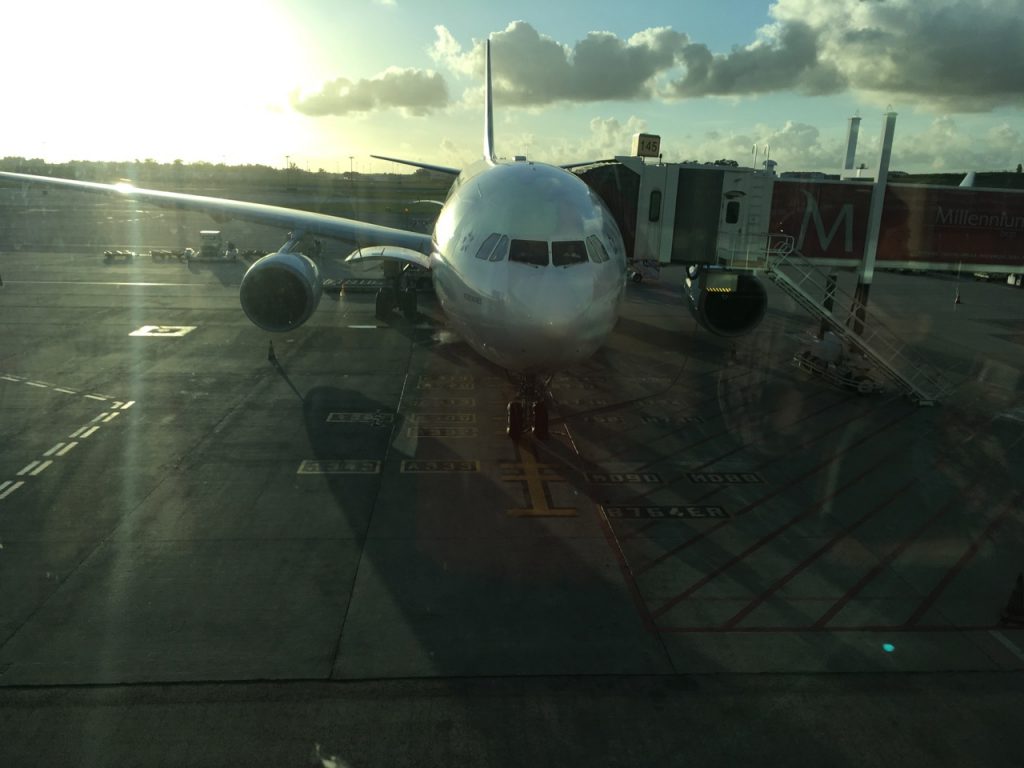 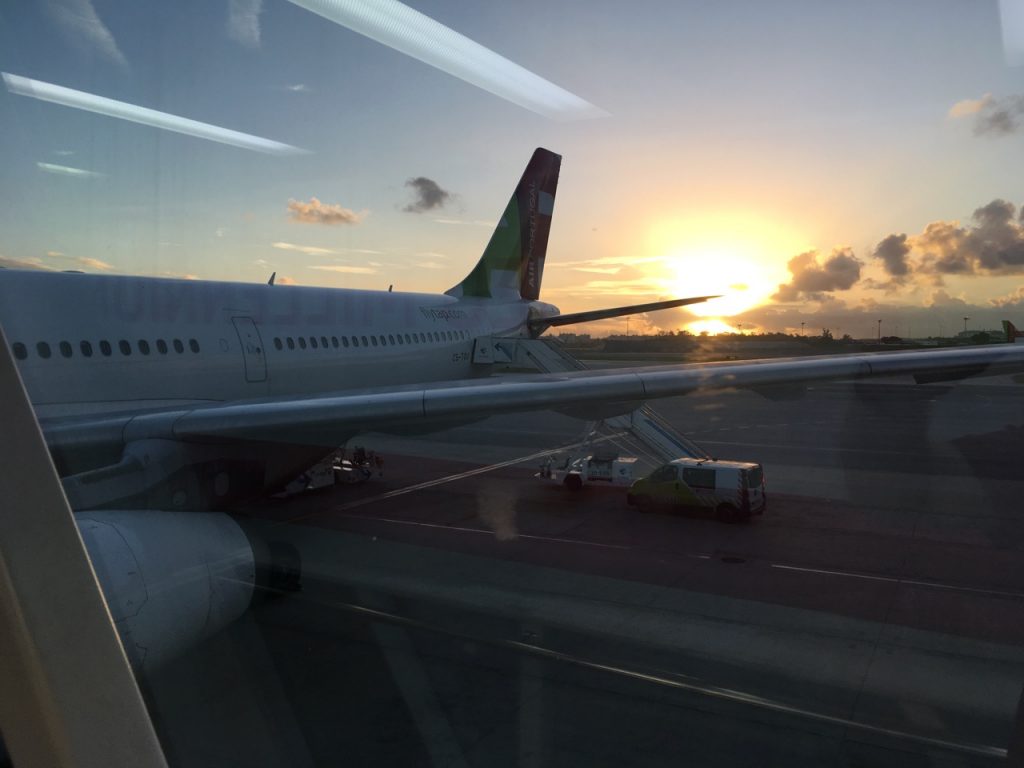 Upon boarding and turning left, I was on a former Singapore Airlines plane.  I found the seats and layout to be better than the prior A330 TAP used.  Even though the storage spots were small, there was the ability to store items at my seat.

As I settled in I was offered a drink I gladly accepted. 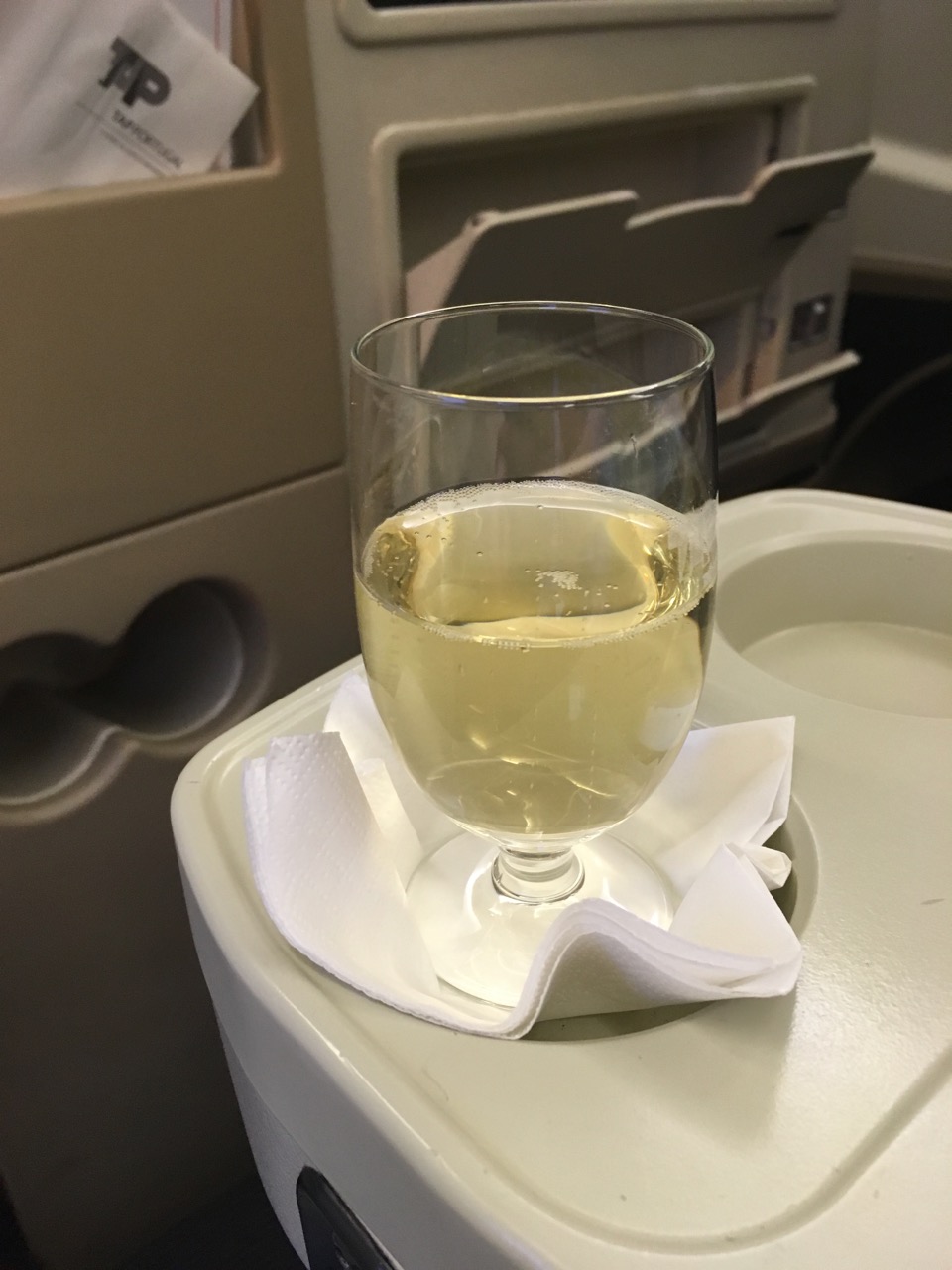 Up until the end of boarding there was no person beside me.  I was looking forward to the pleasure of not having to hop over a passenger whenever I would have get out of my seat.  This was not the case as one of the last passengers on the plane was my seatmate.  The passenger was an employee, or a relative as they spent the first hour of the flight elsewhere on the plane presumably visiting with fellow coworkers.

For flights leaving from Lisbon, TAP Portugal offers the ability to pre-select your meal.  I went online to see my options.  I couldn’t decide so I went with whatever was available from catering. 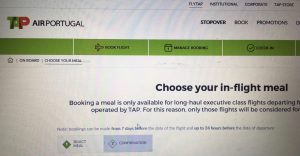 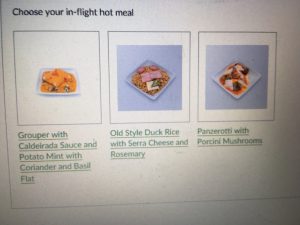 The menu onboard is below (gallery):

Pushback was on time, and after a 5 minute taxi we were taking off from the same runway I arrived on earlier in the day.  During that short time the twilight quickly faded and night fell on Lisbon as we flew overhead.

Once we cleared the clouds there was some sun, however the sun did set shortly after getting this picture. 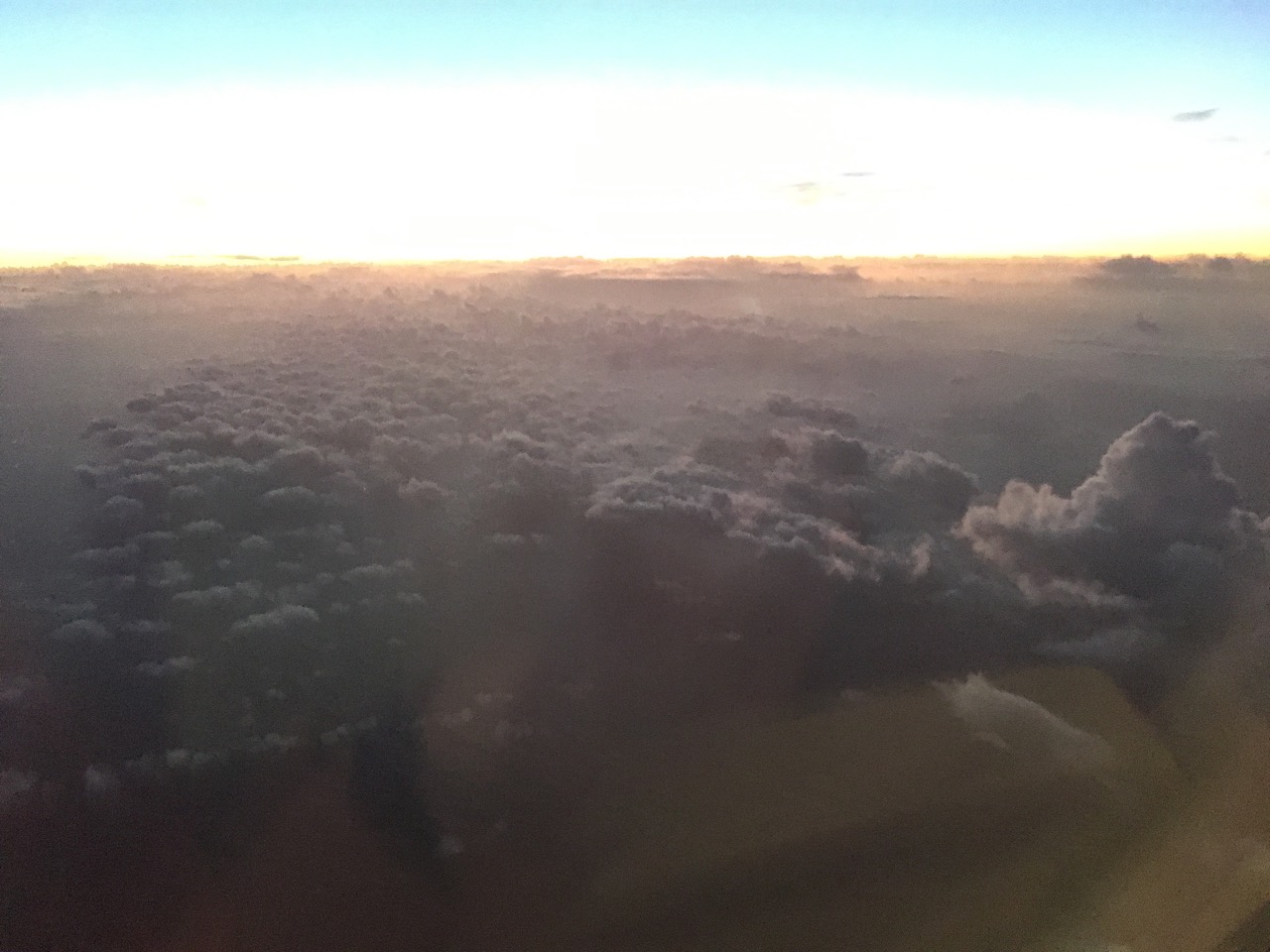 The meal started with a drink (I had Coca-Cola to start) and canapés. 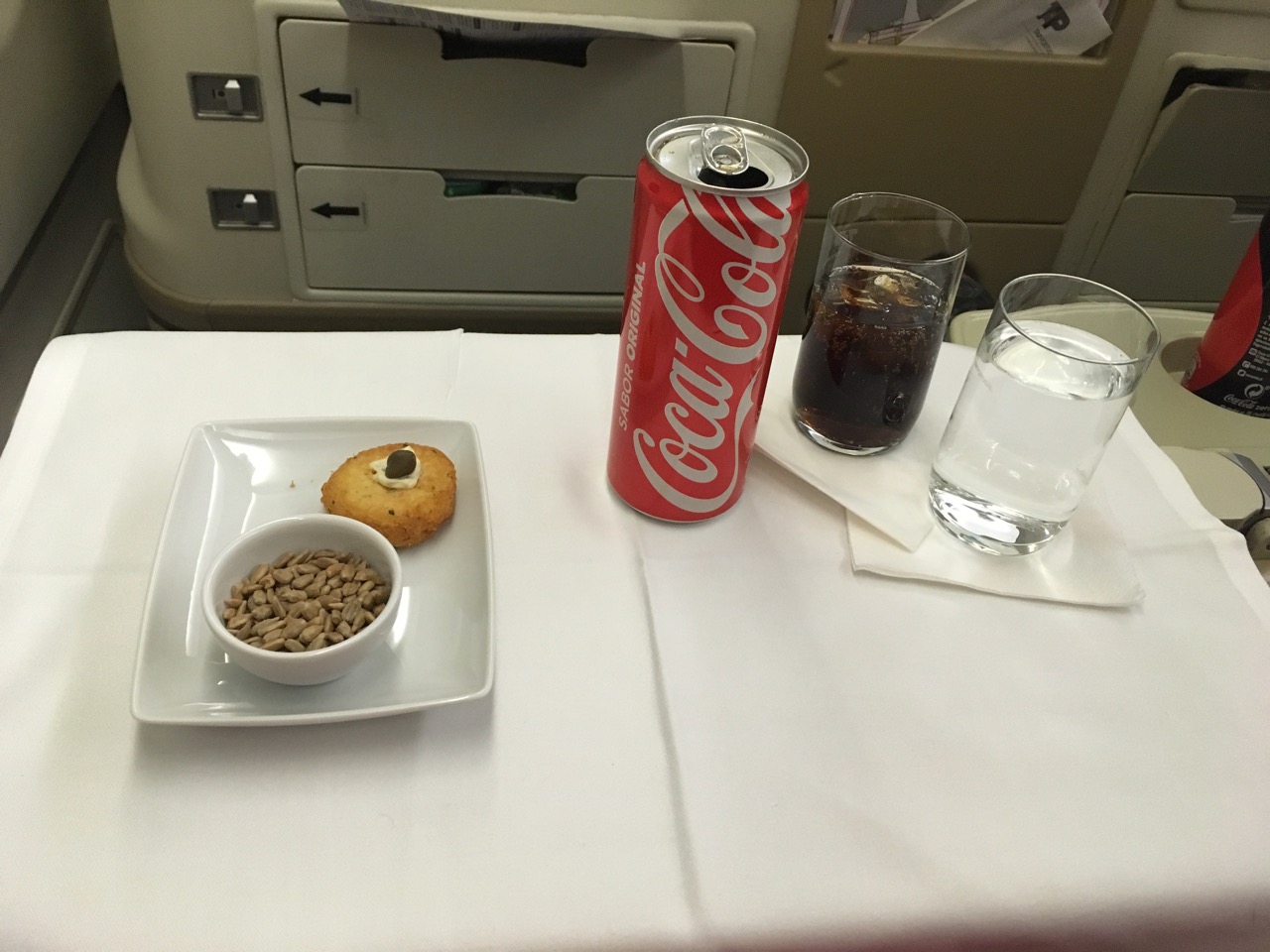 This was then followed by the salmon and soup. 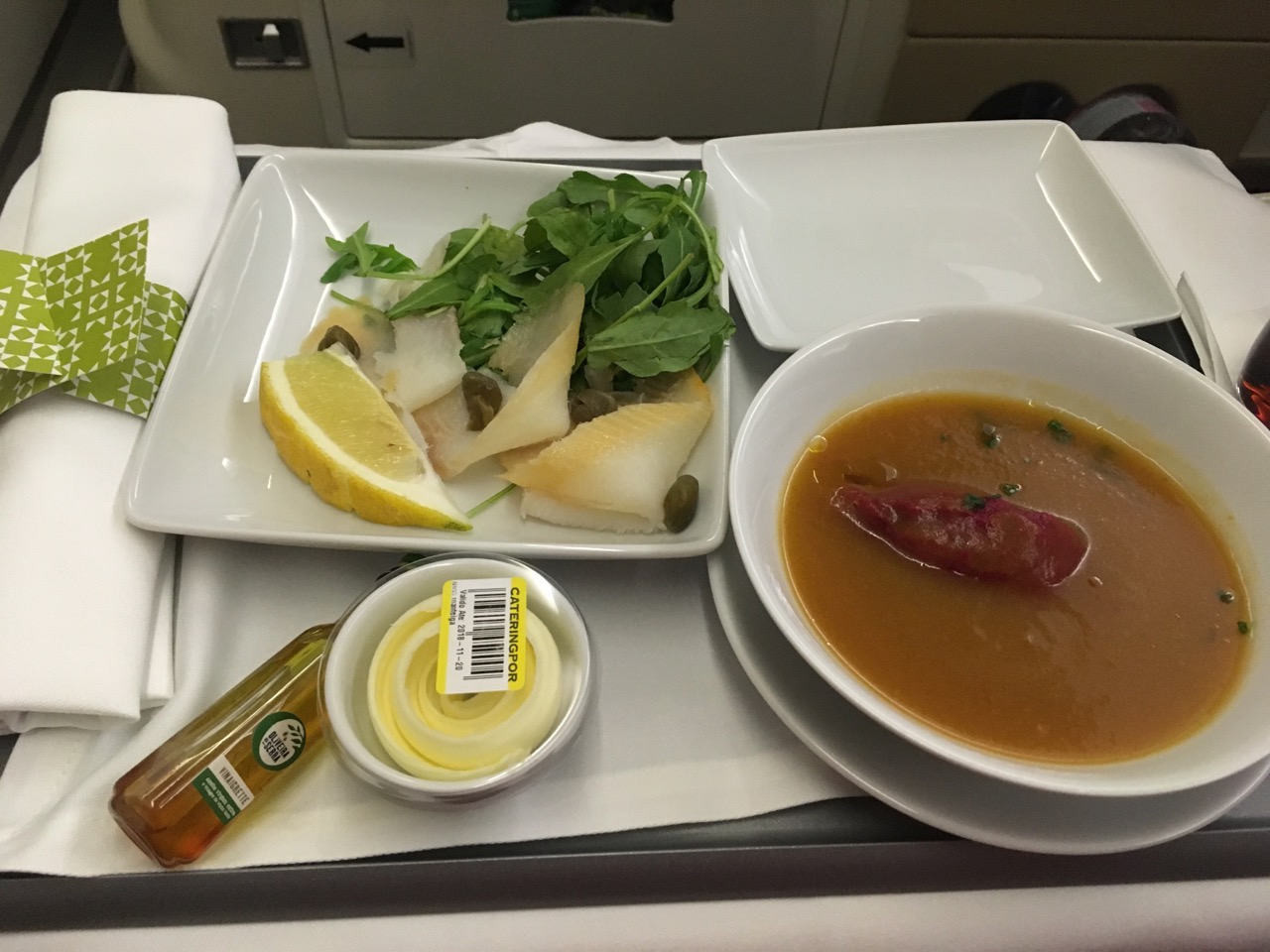 Then it was time for the main course.  I had the pasta. 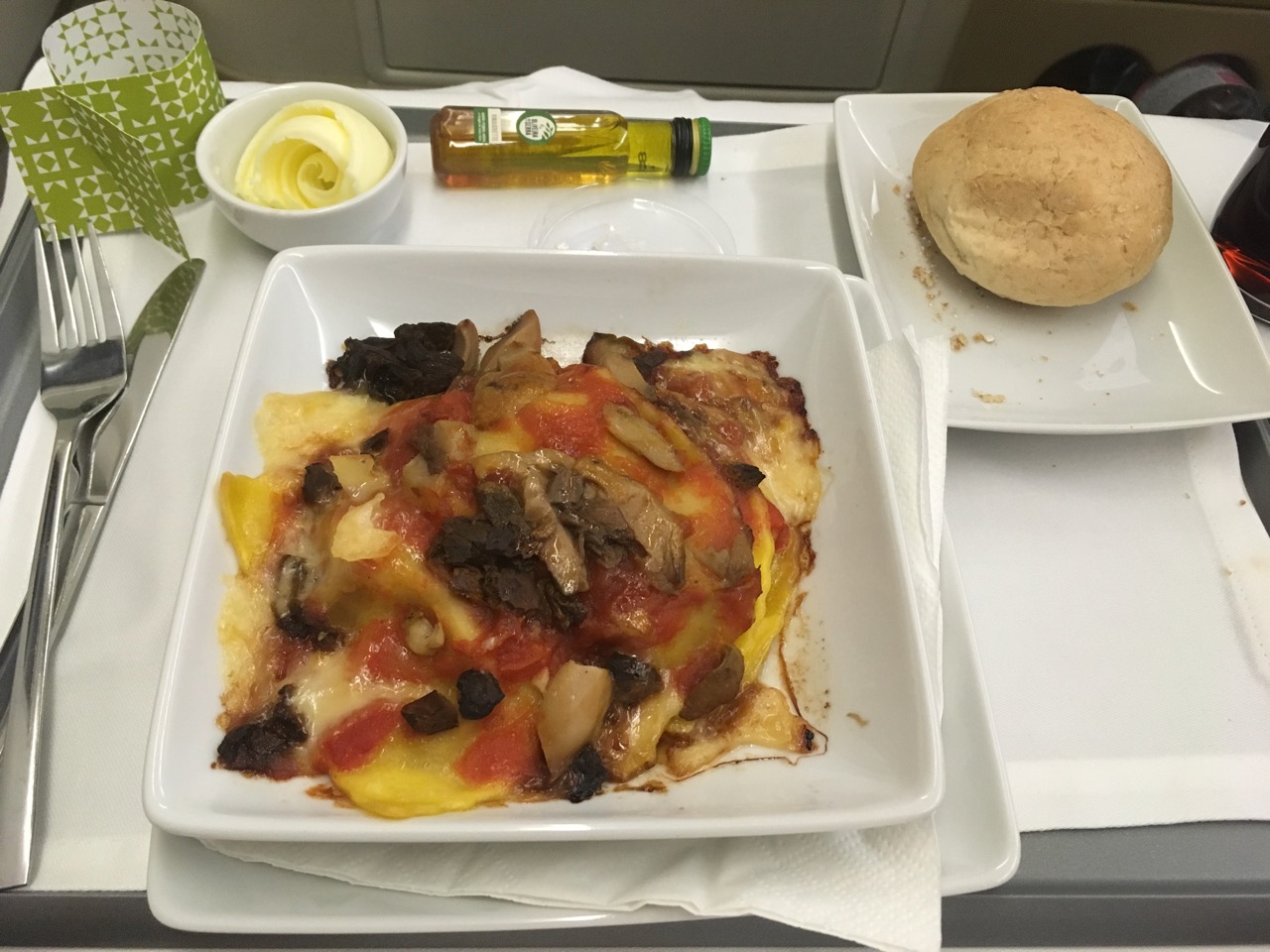 Just like every other flight, bread was offered at a higher frequency than other flights I have taken in recent memory.

After the main course I had the Cookies and Cream Ice Cream. 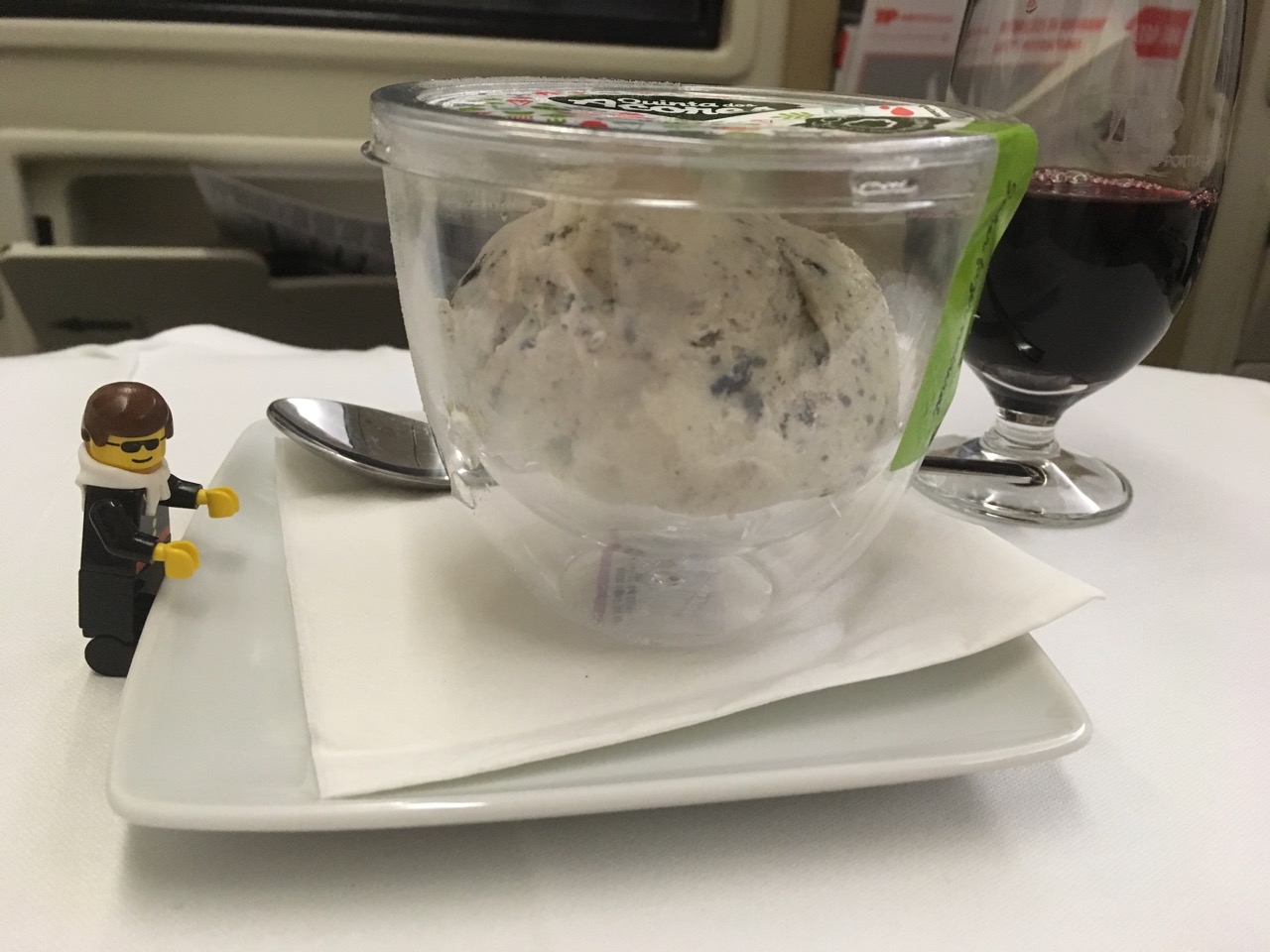 I spent the rest of the flight watching movies, changing to the inflight map to check on the flight’s progress.  With Portugal being at the western edge of Europe this was one of my shortest transatlantic flights.  Approximately 90 minutes before landing a snack was served.  As my body thought it was the middle of the night, this light snack was appreciated. 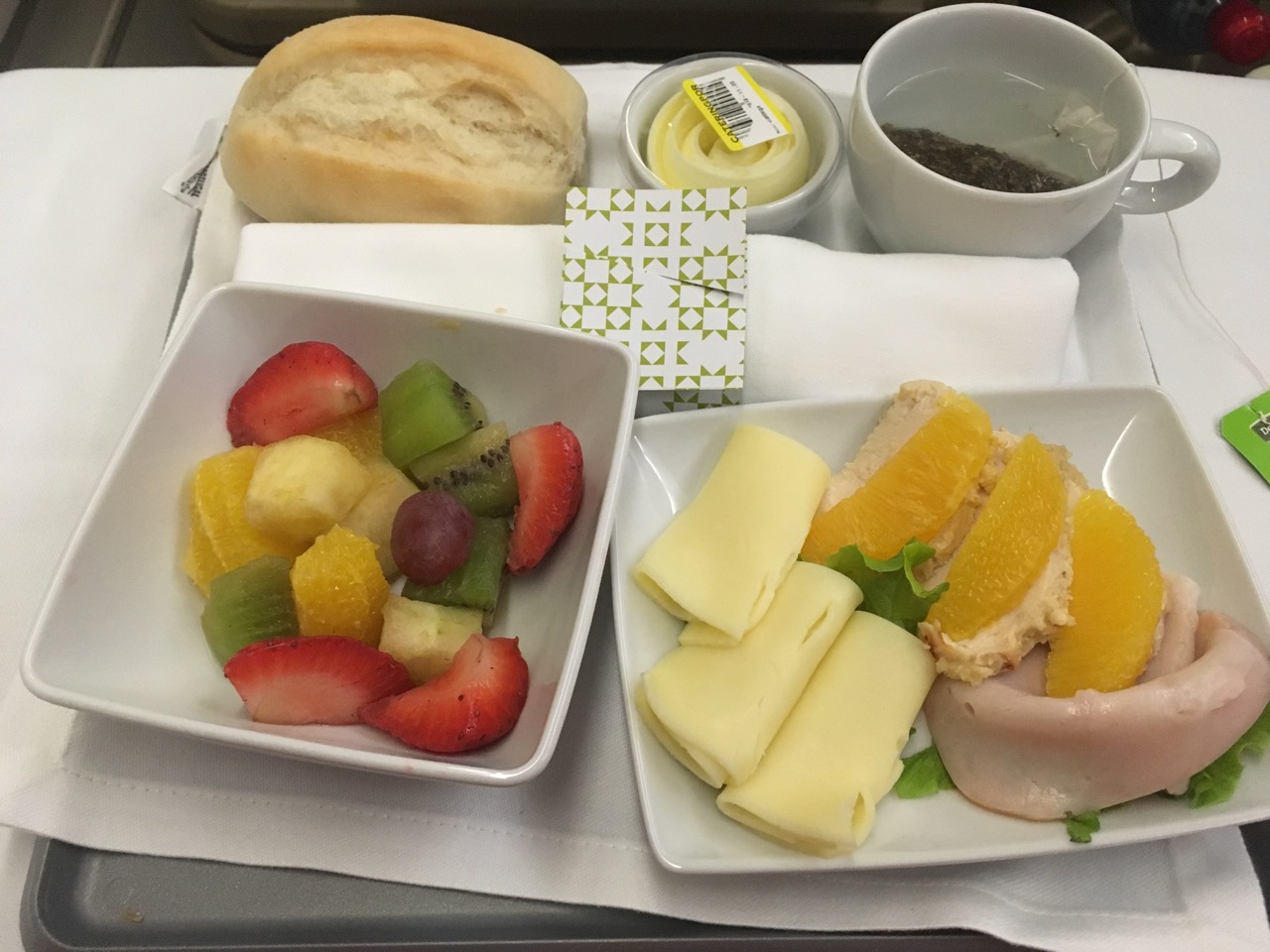 Our flight began its descent into Toronto and landed without delay or issue. 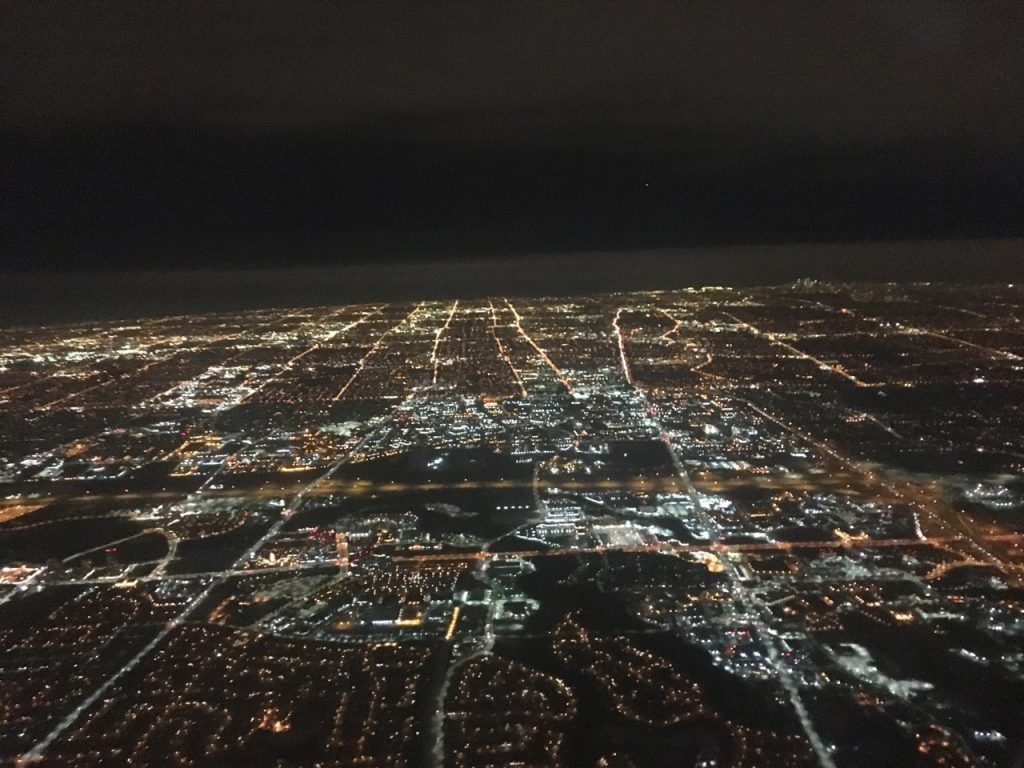 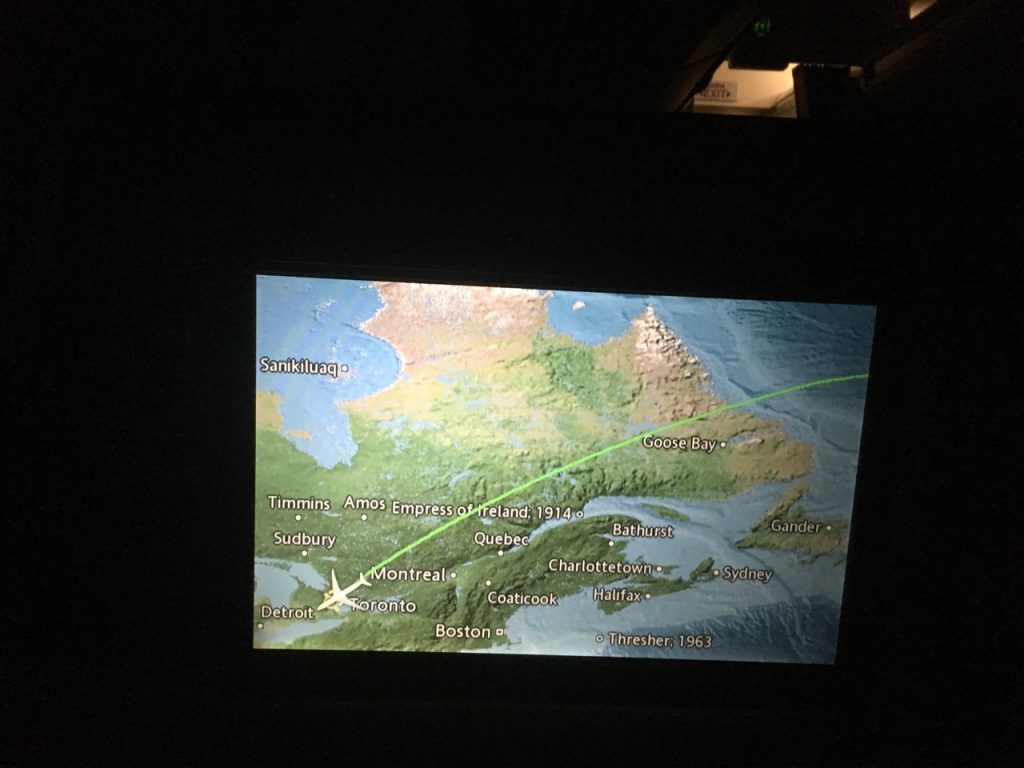 From there I was through passport control, luggage and customs without issue and on my way home.